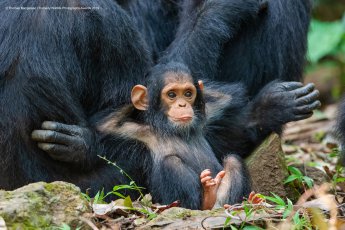 The Guardian brings us this picture gallery, as SL Shanth Kumar has won Ciwem environmental photographer of the year 2019 for his image of homes battered by flooding in Mumbai. This year’s winners were revealed alongside the UN climate summit in New York.

Nineteen-year-old Kgaugelo Neville Ngomane has won a prestigious environmental photographic competition. Ngomane’s powerful image of a rhino dehorning, titled Desperate Measures, was picked from more than 4,000 international entries by the judges who commended its storytelling and photographic merit. The judges said: “When his photo flashed up on screen, there was a sharp intake of breath around the judging room; it’s such a powerful image.”

The Comedy Wildlife Photography Awards have chosen their finalists for 2019. Vote for the Affinity Photo People’s Choice Award here to stand a chance to win an iPad!

Admiral the tortoise, Durban’s living legend, turned 109 years old on Tuesday. eThekwini Municipality and residents celebrated the 109 years of his life with a fitting birthday celebration and gifts in the form of fruits and vegetables.

Planning on buying a new car this year? You may want to consider one of the top 10 most environmentally friendly cars on sale in South Africa.

Some of the biggest names in the video games industry, with a combined audience of 970 million players, have formally committed to harness the power of their platforms to take action in response to the climate crisis. Combined, these commitments from 21 companies will result in a 30 million tonne reduction of CO2 emissions by 2030, will see millions of trees planted, new “green nudges” in game design and improvements to energy management, packaging, and device recycling.

And finally, from Metal Hammer, if you’re a fan of loud music, you may want to check out these 5 furious bands fighting back for the environment.

Did you enjoy these stories? Leave us a comment below, and come back next week for more!