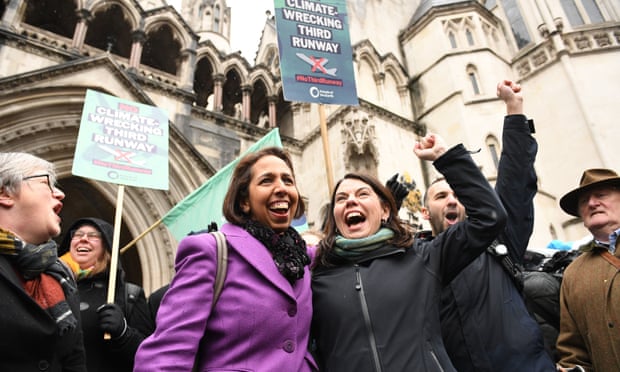 Plans for a third runway at Heathrow airport have been ruled illegal by the court of appeal because ministers did not adequately take into account the government’s climate change commitments.

The ruling is a major blow to the project at a time when public concern about the climate emergency is rising fast and the government has set a target in law of net zero emissions by 2050. The prime minister, Boris Johnson, could use the ruling to abandon the project, or the government could draw up a new policy document to approve the runway.

Full Story by Damian Carrington at The Guardian