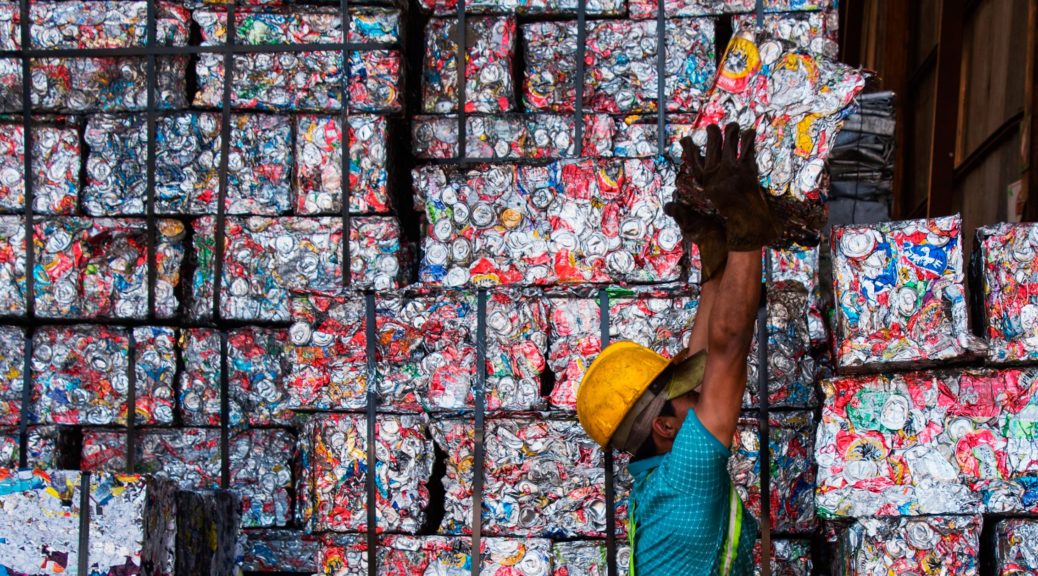 Coined in the 1970s, the classic Earth Day mantra “Reduce, Reuse, Recycle” has encouraged consumers to take stock of the materials they buy, use, and often quickly pitch — all in the name of curbing pollution and saving the earth’s resources. Most of us listened, or lord knows we tried.

We’ve carried totes and refused straws and dutifully rinsed yogurt cartons before placing them in the appropriately marked bins. And yet, nearly half a century later, the United States still produces more than 35 million tons of plastic annually, and sends more and more of it into our oceans, lakes, soils, and bodies.

Clearly, something isn’t working, but as a consumer, I’m sick of the weight of those millions of tons of trash falling squarely on consumers’ shoulders. While I’ll continue to do my part, it’s high time that the companies profiting from all this waste also step up and help us deal with their ever-growing footprint on our planet.

An investigation last year by NPR and PBS confirmed that polluting industries have long relied on recycling as a greenwashing scapegoat. If the public came to view recycling as a panacea for sky-high plastic consumption, manufacturers—as well as the oil and gas companies that sell the raw materials that make up plastics—bet they could continue deluging the market with their products.

There are currently no laws that require manufacturers to help pay for expensive recycling programs or make the process easier, but a promising trend is emerging. Earlier this year, New York legislators Todd Kaminsky and Steven Englebright proposed a bill—the “Extended Producer Responsibility Act“—that would make manufacturers in the state responsible for the disposal of their products.

Other laws exist in some states for hazardous wastes, such as electronics, car batteries, paint, and pesticide containers. Paint manufacturers in nearly a dozen states, for example, must manage easy-access recycling drop-off sites for leftover paint. Those laws have so far kept more than 16 million gallons of paint from contaminating the environment. But for the first time, manufacturers could soon be on the hook for much broader categories of trash—including everyday paper, metal, glass, and plastic packaging—by paying fees to the municipalities that run waste management systems. In addition to New York, the states of California, Washington, and Colorado also currently have such bills in the works.

“The New York bill would be a foundation on which a modern, more sustainable waste management system could be built,” says NRDC waste expert Eric Goldstein.