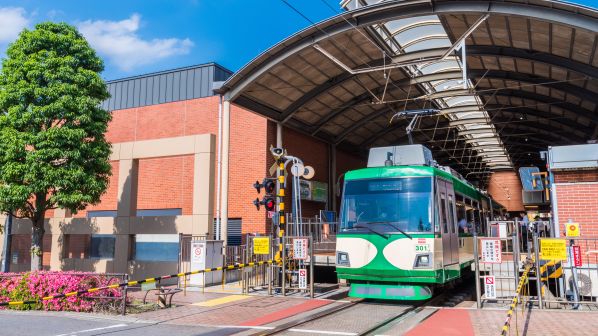 Tokyu Corp. said Monday it will run all its services entirely on energy from solar and other renewable sources beginning Friday, becoming the first Japanese railway operator to do so.

Tokyu said it will purchase so-called non-fossil certificates for electricity in use of all lines it runs in the Tokyo area, including the capital’s bustling Shibuya Station, a move that will effectively cut the company’s carbon dioxide emissions to zero.

Issued by the government, non-fossil certificates prove a certain amount of energy has been produced by renewable sources, and the certificates can be purchased by companies to offset the value of their own carbon emissions.

Through the action, reduced CO2 emissions by Tokyu will be equivalent to the amount produced by around 56,000 households a year.

Tokyu operates eight lines accounting for about 105 kilometers of rail tracks across Tokyo and neighboring Kanagawa Prefecture. Its Setagaya Line has been running on renewable energy generated by hydropower and geothermal power plants since 2019, with the eco-friendly initiative expanding to its remaining seven lines.

Golf courses could be turned into something much more useful and eco-friendly — and some places are doing just that.

The increased costs of electricity procurement will not impact train fares, and Tokyu will also save energy in other ways such as by introducing new electricity-efficient train models to help absorb the costs, the operator said.

Tokyu said electricity consumption for its operations will total more than 350 million kilowatt-hours in fiscal 2022.

Tokyu also runs real estate and hotel businesses, and emissions from its railway sector make up about 30 percent of the company’s overall annual carbon output.

Other rail companies are also beginning efforts to reduce emissions. Tobu Railway Co. has said it will run its special express services between Tokyo’s Asakusa tourist district and the resort town of Nikko in Tochigi Prefecture north of the capital on renewables from Friday.