In response to three lawsuits brought by the Center for Biological Diversity, the U.S. Fish and Wildlife Service agreed today to dates for decisions on whether 18 plants and animals from across the country warrant protection as endangered or threatened species under the Endangered Species Act. The Service will also consider identifying and protecting critical habitat for another nine species.

“I’m so glad these 27 species are finally getting a shot at badly needed protections and a chance to avoid extinction,” said Noah Greenwald, endangered species director at the Center. “It’s incredibly frustrating, however, that some of these animals and plants have waited decades for help. Disturbingly, the Fish and Wildlife Service has done little to nothing to address the problems that caused these delays.” 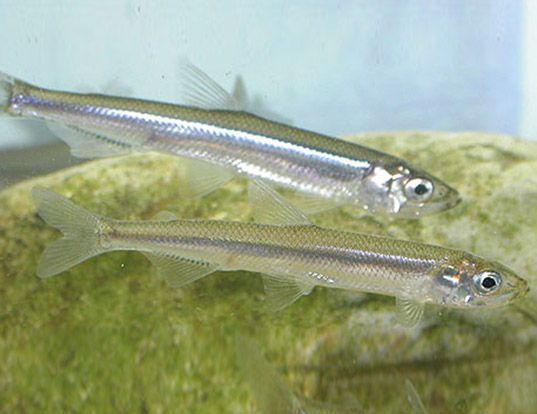 Longfin smelt were once one of the most abundant fishes in the San Francisco Bay and Delta; historically they were so common their numbers supported a commercial fishery. Because of poor management of California's largest estuary ecosystem, which has allowed excessive water diversions and reduced freshwater flow into the Bay, the longfin smelt has undergone catastrophic declines in the past 20 years. The fish have been waiting for protection since 1994; a petition for their protection was filed by the Center, Bay Institute and NRDC in 2007.

Twenty-one of the species will see protection decisions by the end of fiscal year 2022. These include tricolored bats threatened by disease, eastern gopher tortoises threatened by Florida’s runaway sprawl, and longfin smelts in the collapsing ecosystem that is San Francisco Bay.

Western pond turtles and black-capped petrels will see decisions in fiscal year 2023. Monarch butterflies, whose population has been declined by 85% in two decades, will have to wait until fiscal year 2024, as will Bethany Beach fireflies and Las Vegas bearpoppies. The Mojave poppy bee will get a decision in 2026.

The court order addressed only a portion of the species for which the Center is seeking protection. Another 158 species, including Venus flytraps, Cascades frogs and golden-winged warblers, will continue in litigation. Roughly another 100 species are waiting for protection decisions but are not part of the litigation. Hundreds more have been identified as at risk of extinction by scientific organizations like NatureServe or IUCN yet aren’t under consideration by the Service.

For the first time in four years, a litter of red wolf pups was born in the wild. The six pups were found in the Alligator River National Wildlife Refuge in North Carolina last week.

Australia has listed the koala as an endangered species across most of its east coast, after a dramatic decline in numbers.

The Service has taken 12 years on average to list species under the Act, but according to the law it is supposed to take two. Five of the Florida plants awaiting critical habitat and included in today’s court victory were first identified as needing the Act’s protection in 1975 but didn’t receive it until 2016 or 2017 — more than 40 years later. Even then, the Service still didn’t provide critical habitat protections at the time as required. At least 47 species have gone extinct while under consideration for endangered species protections.

“The Service’s slow, bureaucratic process for listing species has tragic consequences, like further declines, more difficult recoveries and sometimes even extinction,” said Greenwald. “This is simply unacceptable. We’re in an extinction crisis, and scientists are warning of the impending loss of more than a million species. We need a Fish and Wildlife Service that does its job and acts with urgency.”