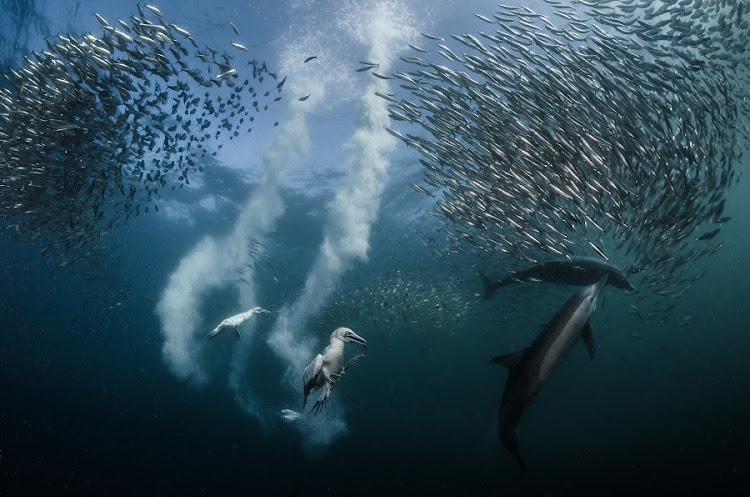 The impact of the recent devastating floods on the ocean will not affect this year’s sardine run in KwaZulu-Natal.

Dr Ryan Daly of the Oceanographic Research Institute in Durban and the SA Institute for Aquatic Biodiversity said conditions were set for the arrival of millions of sardines.

“What we know about the sardines so far is that there appears to be a lot in the Western Cape with sightings in the Plettenberg Bay area. We know they’re in the Cape. The question is, will they come here? Though the recent floods in KwaZulu-Natal caused a surge in water and debris into the Indian Ocean, the impact on the ocean has largely passed, and it shouldn’t impact the sardine run expected to arrive around May.

“Temperature is the main thing that dictates the timing and extent of the movement up the coast. It has been an unusual few years in that they’ve been very wet. However, 2020 and 2021 were relatively good sardine runs, both of which were similarly wet being La Niña years. It’s holding the same pattern so I think we are going to get another good one. We’ll have to wait and see,” he said.

Every winter‚ most often in June or July‚ millions of sardines leave the cold waters off Cape Point and make their way up the coast to KwaZulu-Natal.

Each year holiday-makers flock to the province to catch a glimpse of the spectacle, which is dubbed the Greatest Shoal on Earth, and includes sharks‚ birds and dolphins in a feeding frenzy as they prey on the sardines.

SEARCH AND RESCUE TEAMS COMMENDED FOR BRAVERY IN FLOODED KZN

KwaZulu-Natal co-operative governance and traditional affairs MEC Sipho Hlomuka has commended the men and women in search and rescue teams who continue to look for 63 missing people in the aftermath of devastating floods in the province.

Court instructs company to stop tests along Wild Coast after concerns raised about wildlife and lack of consultation.

KwaZulu-Natal Sharks Board operations manager Greg Thompson said monitoring would start in the second week of May.

“Our first few flights are normally through to East London to try to gauge how far north the sardines have moved. This is to ensure our shark safety gear is removed well before the first pockets reach KwaZulu-Natal waters.

“It’s fairly easy to monitor large quantities of sardines with associated predators in pursuit, but the small pilot shoals that pop up out of nowhere can be a challenge. Therefore we also rely on the information and sightings we receive from residents, fisherman and dive charters in the Eastern Cape,” he said.

“We’re looking forward to welcoming visitors who can experience this natural display after two years in lockdown and the devastating recent floods. Whether from the land, sea or sky, we have the best viewpoints for our many visitors who are looking for a unique family-friendly holiday.”