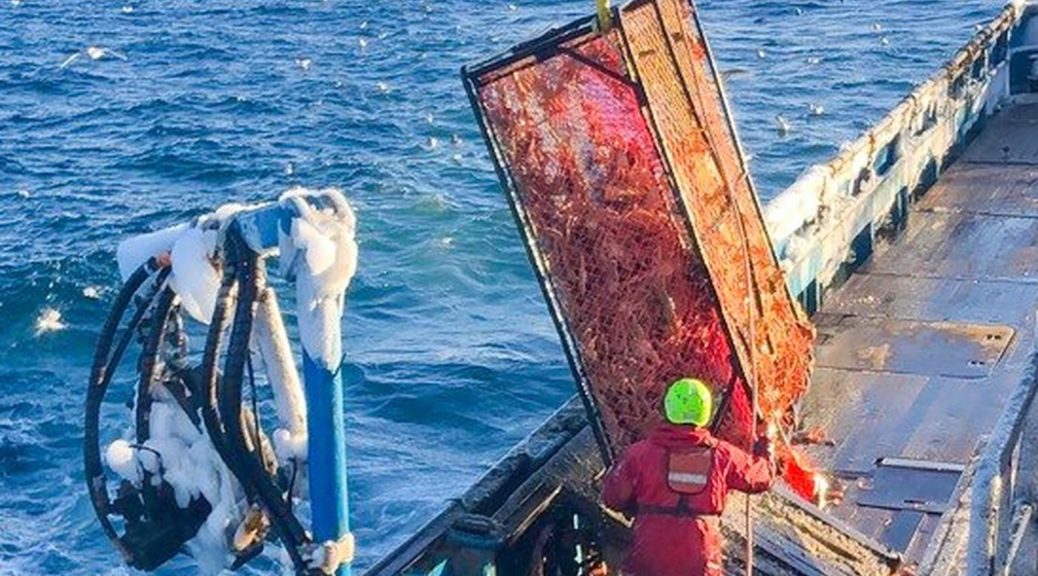 The Alaska Department of Fish and Game set the 2022 snow crab harvest at the lowest level in more than 40 years, a move to protect populations that appear to have crashed during a period of higher temperatures in the Bering Sea.

The snow crab is a mainstay of the Alaska crab boat fleet — much of it based in Washington — and the 2021-22 catch limit of 5.6 million pounds, announced Friday, is down 88% from the previous season.

The 2021 fall harvest of Bristol Bay red king crab, another important source of revenue for that fleet, was canceled for this year because of too few females. The combined impacts of the closure and snow crab cutbacks are a big financial hit to crabbers who in past years have grossed more than $200 million from the two harvests.

At a meeting of the North Pacific Fishery Management Council this week, crabbers called for additional restrictions in other harvests.

“I implore you to do whatever is necessary to keep the crab fisheries sustainable,” said Jenny Gore Dwyer, whose family owns three North Pacific crab boats, in Wednesday testimony before the council. “First and foremost we are a business based on fishing crabs in the Bering Sea … But for us, it’s not just a business, it’s a way of life.”

Scientists who study the snow crab are scrambling to understand what happened to them in the aftermath of dire summer survey results that included a more than 99% drop in immature females compared to those found three years earlier, as well as substantial drops in mature males and females.

The changes in the Bering Sea include dramatic declines in winter ice cover in 2018 and 2019, which resulted in reduced size of a cold pool on the bottom favored by young crab. 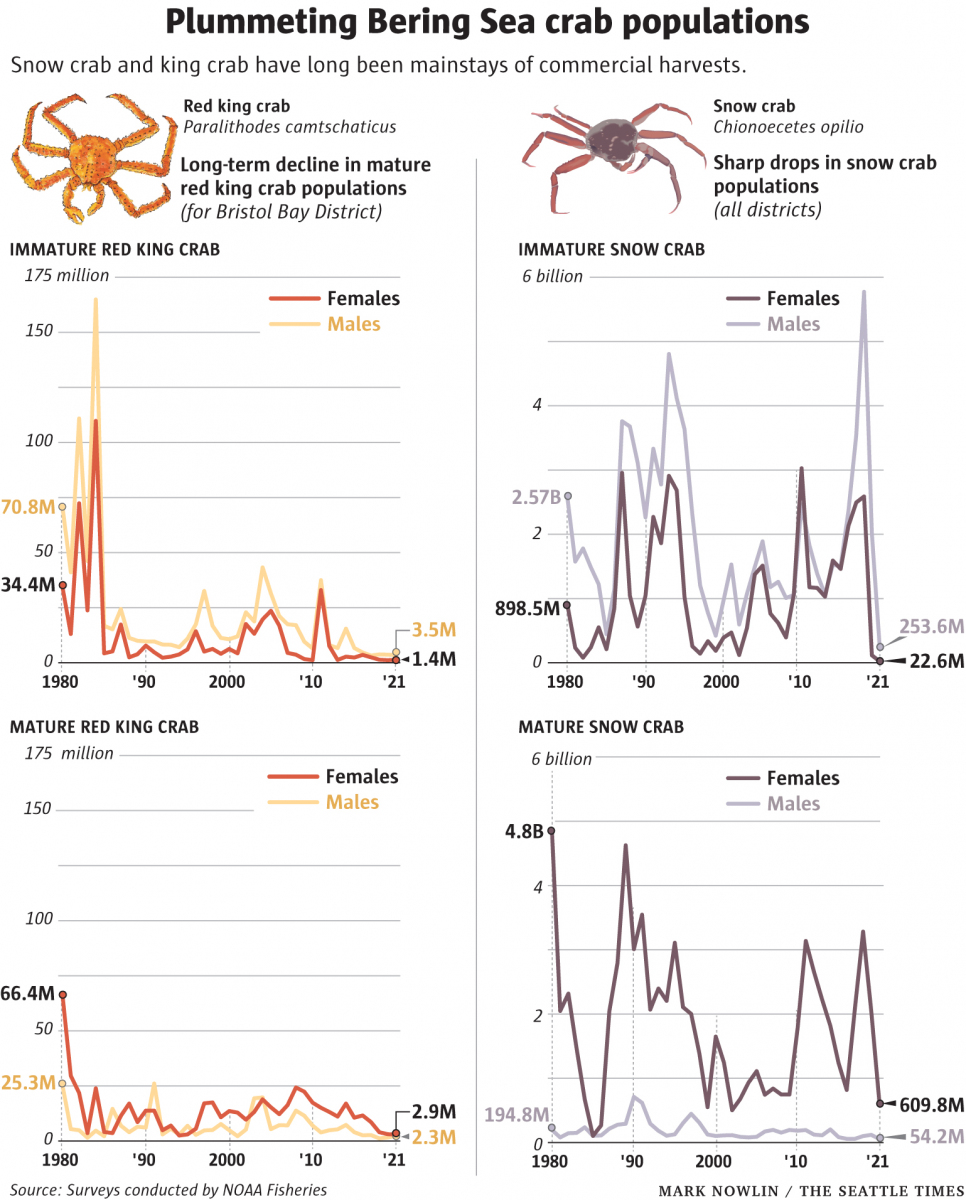 Some of the causes for the population decline likely include increased predation of the young snow crab by cod which typically stay out of the cold pool as well as overall stress caused by the higher temperatures, according to federal and Alaska state scientists who spoke during the virtual council meeting. Researchers also have tracked increased disease.

As the sea bottom warmed, snow crab also appear to have moved much farther to the northwest and in deeper waters than in years past. But scientists, in testimony to the council, said the evidence indicates a big downturn in the population — not just a migration out of the survey zone.

“We really do think that … some sort of mortality event did occur,” said Katie Palof, an Alaska Department of Fish and Game biologist who advises the North Pacific council about crab.

Formed by a landmark 1976 federal law that extended U.S. control over the 200-mile fishery zone off the nation’s coasts, the council — composed of state, industry and federal officials — develops harvest plans in the Bering Sea and the Gulf of Alaska.

In a Wednesday vote, the council approved a maximum allowable snow crab harvest of 12.4 million pounds for 2021-22.

The state of Alaska, which sets the final quota, opted for a considerably lower 5.6 million pounds. Also on Friday, the state set a quota of 1.10 million pounds for Bering Sea bairdi crab, down 53% from the previous season.

The crab and fish harvests in the Bering Sea collectively rank as the most valuable fisheries in North America, and the federal council, when it resumes meeting next week, is expected to consider additional restrictions in some other harvests because of the low number of snow and king crab.

The accidental, or bycatch, of crab by other fleets has come under increased scrutiny, although biologists at the council meeting did not find that was a big contributor to the crabs’ decline.

The biggest bycatch of red king crab has come from crews who harvest fish with steel, baited traps set along the sea bottom. A significant portion of these fishermen also are crabbers.

Pot fishers must throw back all these red king crab, but biologists estimate only half survive.

Jamie Goen, executive director of the Alaska Bering Sea Crabbers association, said the bycatch is concerning but noted pot fishers have been testing promising new gear that could reduce bycatch. 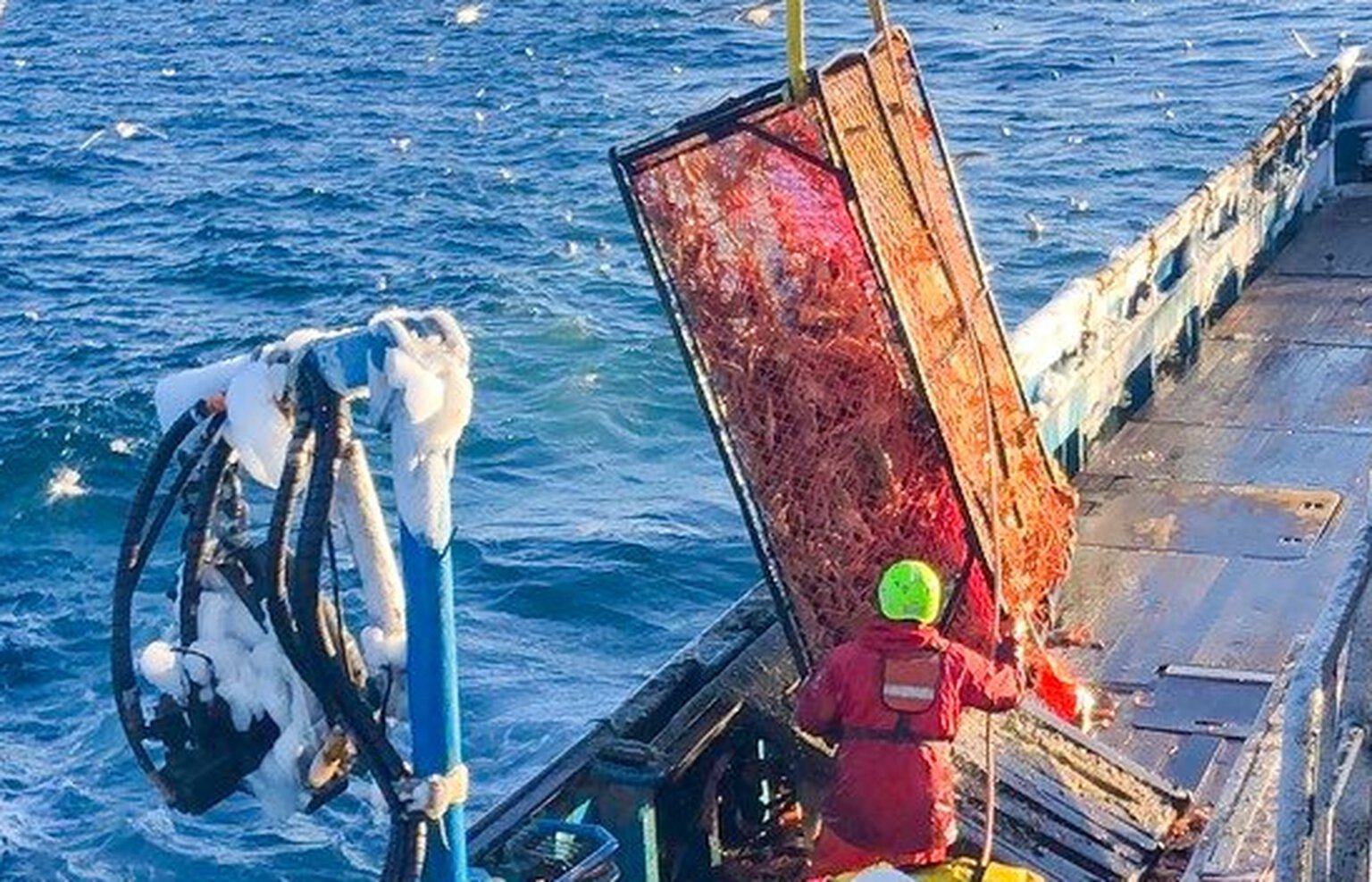 The crew of the Seattle-based Arctic Sea bring in snow crab during the 2021 winter season in the Bering Sea. To find crab last winter, they had to fish much farther to the northwest than in years past, close by the maritime boundary with Russia. (Courtesy of Owen Kvinge)

Crabbers also are seeking more restrictions on the bottom-trawling fleets that while targeting fish also scoop up king crab. Biologists who help assess the stocks estimate that 80% of those crab die when they’re returned to the sea as required.

This fleet has observers on board all vessels, and has a hard cap of the number of king crab they can net. This year, the cap was set at 97,000, and the bycatch so far has been less than 15,500 crab.

Next year, that cap will lowered to 32,000, according to Mary Furnuness, a National Oceanic and Atmospheric Association Fisheries official who’s involved in managing the harvests.

Under the current regulations, a king crab conservation area of the Bering Sea that is off-limits to bottom trawling will be expanded south for 2022.

Crabbers are pressing for the council to make an additional expansion to the north to an area that may now be used by more king crab.

“What we are proposing with an emergency closed area and requested voluntary actions from all fishing sectors should help crab stocks rebound and hopefully allow us to have a [king crab] fishery next year,” Goen said.

That move is opposed by Chris Woodley, executive director of the Groundfish Forum, a Seattle organization that represents most of the largely Washington-based bottom-trawl fleet.

“Crab are moving in unprecedented ways and new closure areas would be an uneducated guess with high potential for unintended impacts,” Woodley said.

Woodley said the closure might move bottom trawlers into other areas used by king crab.

The North Pacific council also is being asked to do more to protect the accidental harvest of salmon by Bering Sea trawlers. This plea comes in the aftermath of disastrous returns of Chinook and chum to the Yukon and Kuskokwim rivers that severely impacted Alaska Natives in the region who depend on these fish for subsistence.

The cause for the decline in these salmon runs is not well understood. Warming trends in the Bering Sea and freshwater are one factor researchers are exploring.

“For the first time in our history, we were not able to harvest salmon. We were not able to throw our nets in the river,” said Serena Fitka, executive director of the Yukon Drainage Fisheries Association, which represents 42 rural communities, in Wednesday remarks to the council. “Our fishing traditions are fading. Is this the beginning of the end to the Yukon River salmon … We are in crisis.”