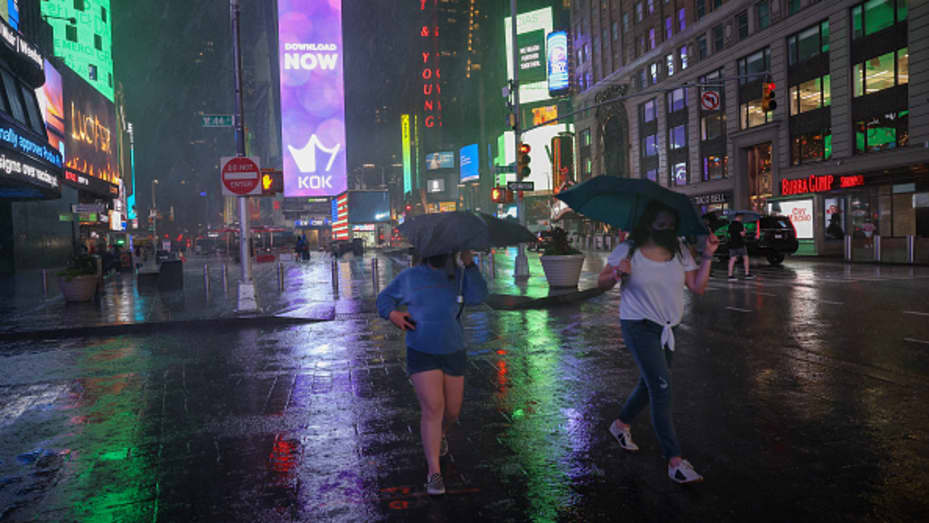 The governors of New York and New Jersey declared a state of emergency late on Wednesday as record-breaking rains from tropical storm Ida led to flooding and hazardous conditions on the roads, with media reporting at least six deaths.

“I am declaring a state of emergency to help New Yorkers affected by tonight’s storm,” New York Governor Kathy Hochul said on Twitter.

At least one person was killed in flash flooding that inundated the New Jersey city of Passaic, Mayor Hector Lora told CNN.

NBC New York reported that one more person had died in New Jersey and four had died in New York City on Wednesday night when they were trapped in their basements as the storm sent water surging through the city.

Lora said the body of a man in his seventies was retrieved from floodwaters. The vehicle the man was riding in was swept away by the water, and firefighters were in turn swept under the vehicle making it nearly impossible for them to reach the man, CNN reported.

Nearly all New York City subway lines were suspended late on Wednesday as the remnants of Ida brought drenching rain and the threat of flash floods and tornadoes to parts of the northern mid-Atlantic, CNN reported earlier.

All non-emergency vehicles were banned from New York City’s streets until 5 a.m. (0900 GMT) on Thursday due to the weather, city authorities said on Twitter.

At least five flash-flood emergencies were issued on Wednesday evening by the National Weather Service, stretching from just west of Philadelphia through northern New Jersey.

Earlier in the night, New Jersey Governor Phil Murphy also declared a state of emergency in response to Ida.

All New Jersey Transit rail services apart from the Atlantic City Rail Line were suspended due to the extreme weather, the service said on its website.

New Jersey’s Newark Liberty Airport said on Twitter it was experiencing “severe flooding”. It said it resumed “limited flight operations” close to midnight after all flight activity was suspended late on Wednesday.

Subway service was “extremely limited” due to the flooding, the Metropolitan Transit Authority said.

First responders evacuated people from the subway system, the acting chair and CEO of the Metropolitan Transportation Authority (MTA), Janno Lieber, said in a statement.

New York City’s mayor urged people to not go outside.

“Please stay off the streets tonight and let our first responders and emergency services get their work done. If you’re thinking of going outside, don’t. Stay off the subways. Stay off the roads. Don’t drive into these heavy waters. Stay inside”, he said on Twitter.