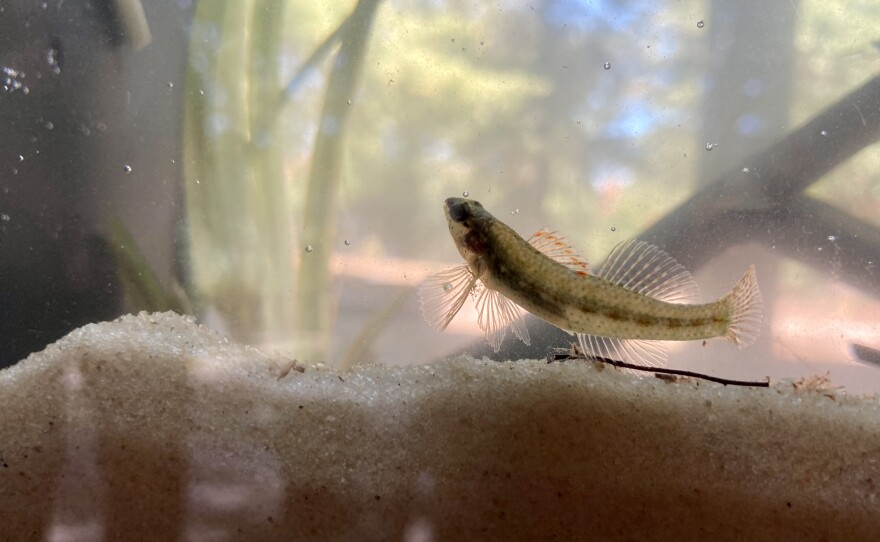 Federal officials this week announced a major conservation milestone for the once-endangered Okaloosa Darter. The small fish that inhabits streams mostly located on Eglin Air Force Base is now being proposed for delisting. 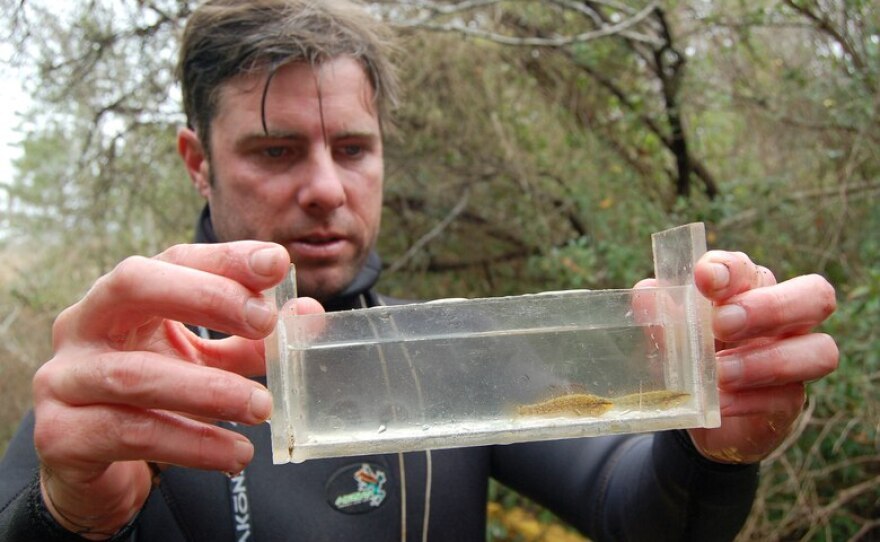 Recently back from the U.N. Climate Summit in Scotland, she said one could draw a straight line between the work that’s been done at the local level for the Okaloosa Darter – to – the intersecting crisis of climate change and biodiversity loss being experienced globally. Addressing the issue, she said, will include building a renewable energy future, reducing carbon emissions, and conserving nature.

“You know, President Biden set a goal, the first national conservation goal. He said we’re going to conserve 30% of our land and water by 2030. And, we’re going to do it the only way we know how, which is how you guys have done it here.”

The Okaloosa Darter is now a success story, coming back from the brink of extinction, largely due to the long-term commitment of the U.S. Air Force and the staff from Eglin Air Force Base, including its Natural Resources and Management division known as Jackson Guard.

“I’m very happy that the species is approaching recovery,” said Dr. Frank Jordan, a professor and chairman of Biological Sciences at Loyola-New Orleans. Along with colleague Howard Jelks of the Geological Survey, Jordan has been studying the Okaloosa Darter for nearly 30 years, conducting summer field research at Eglin since 1992.

“Our work actually preceded the recovery plan,” he began. “We had actually started studies on where Okaloosa Darters lived in the streams that they inhabit, what we call the micro-habitat. And, in the process, we were snorkeling to find the fish. We discovered that was a very easy way to locate and count them.” 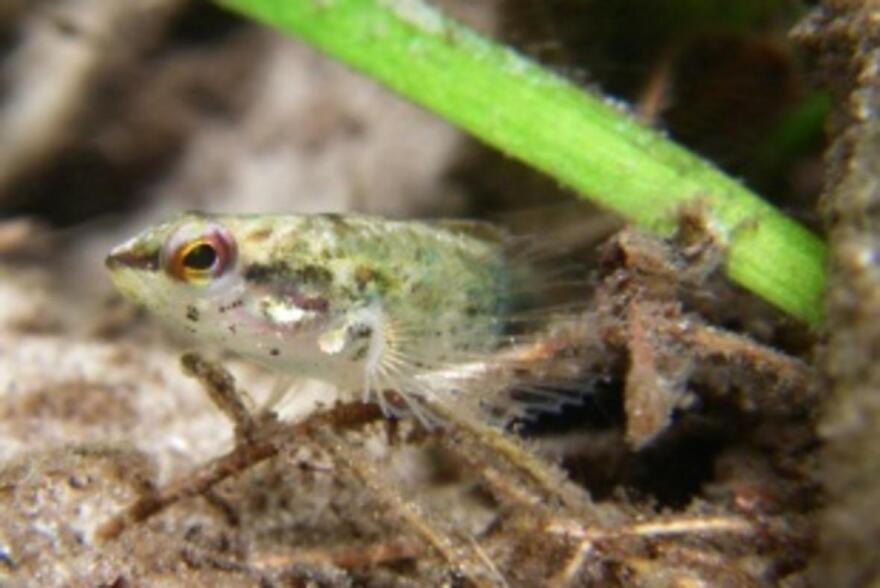 In April 2007, WUWF caught up Jordan and his team as they lying in the middle of the stream, snorkels on with their heads submerged, in Mill Creek on the Eglin Golf Course, where a major habitat restoration project was underway.

In this section of the creek, he hasn’t seen any yet, “They haven’t made it this far yet.”

At that time, Dr. Jordan described their search for the tiny Okaloosa Darter as looking for needles in a haystack.

“The darters are 2-3 inches long and they like to hang out in the substrate along the edges, where there are lots of place to hide, provides cover from predators,” he explained.

“So, we’re moving away debris and substrate material and looking around and trying to find the darters. It shouldn’t be too hard because most of the darters that they’ve caught recently they’re marked, so they have neon colors on their backs, big racing stripes on their backs.”

Pondering the notion of big racing stripes on a two-inch fish brings a few chuckles.

Dr. Jordan was joined hosting students from the Young Women’s Leadership School of Harlem. They were helping to create habitat by planting a grass-like, aquatic plant called Sparganium, along the water’s edge. And, they, too, were looking for the small fish.

“Oh man, look there’s another one behind me,” exclaims one of the girls.

Soon, the Okaloosa Darter began to show up in the newly restored areas of the creek and Dr. Jordan seemed to be pleased.

“But, the habitat looks really good. It looks like a natural stream already. So, the darter should…be if you build it they should come.”

And, they have come.

Back in 1973, the Okaloosa Darter numbered few than 10,000 – close to disappearing forever. Today, there are more than 600,000 swimming in six stream systems in Walton and Okaloosa counties, with over 90% located entirely on land managed by the U.S. Air Force at Eglin Air Force Base (AFB).

As a result of years of conservation efforts, more than 480 acres of Eglin AFB stream erosion has been reduced, fish barriers have been removed and stream habitat has been restored.

Col. Joseph Augustine, Vice Commander of the 96th Test Wing thanked all who contributed and touted the big impact of the tiny fish on the local environment, noting that for the future such conservation work is essential.

“Of all the questions which can come before this nation, there is none which compares in importance with the great central task of leaving this land an even better land for our descendants than it is for us,” Augustine stated.

In 2011, the Fish & Wildlife Service was able to downlist the Okaloosa darter from “endangered” to “threatened.” In 2018, a five-year review of the species was initiated. And, it is this data on current status and future population projections that is now serving as the foundational science for the proposal to delist.

“There is a very small number of people on this planet who can say, ‘I brought a species back from the brink of extinction,” Asst. Interior Sec. Estenoz declared with pride.

Loyola University’s Frank Jordan is one of those few people, after countless summers with dozens of students monitoring the Okaloosa Darter.

“It feels great is the short answer,” he acknowledged. “It makes all those long days laying in that very cold water, it makes it all worthwhile.”

To help ensure the fish remains healthy and secure from the risk of extinction after it is delisted, a draft post-delisting monitoring (PDM) plan has been created. Public comment on the monitoring plan and the proposal to delist the Okaloosa darter will be received until Jan. 18, 2022.