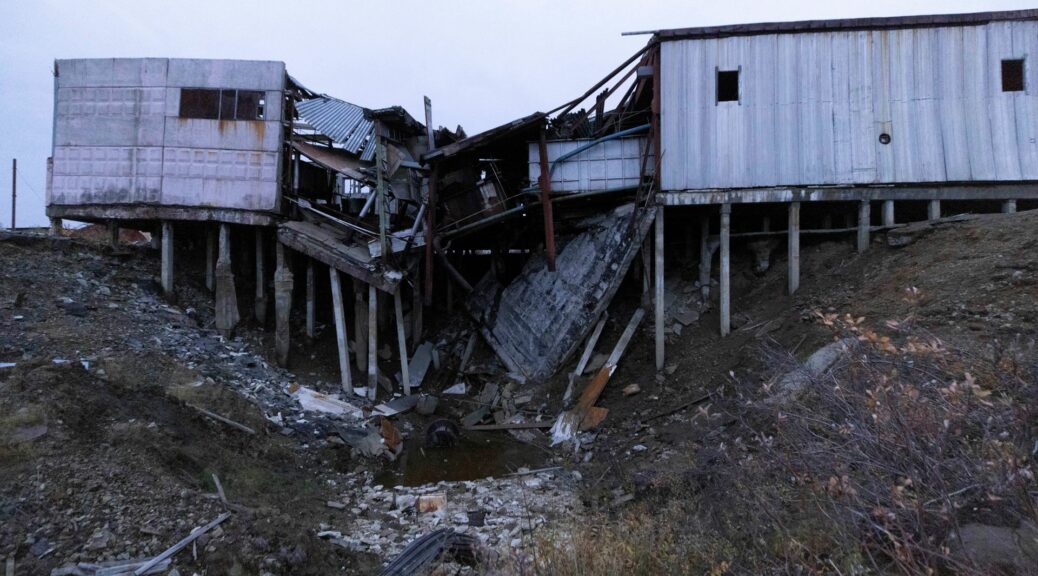 Thawing permafrost could put as much as 50 percent of Arctic infrastructure at high risk of damage by 2050, requiring tens of billions of dollars in maintenance and repairs, scientists warned on Tuesday.

The world’s permafrost — land that remains frozen year-round — has been warming at between 0.3 and 1.0 degree Celsius per decade since the 1980s, with some areas of the High Arctic having increased by more than 3°C over four decades, according to a scientific review of research from the last two decades published in the journal Nature Reviews Earth & Environment.

That’s enough to thaw much of the long-frozen ground. Already, some roads are buckling and building foundations are cracking in northern Russia, Alaska, and Canada.

“Infrastructure is in trouble,” said report co-author Dmitry Streletskiy, a geographer at George Washington University. “But it’s not like an earthquake. It’s a relatively slow process, which gives us enough time” to prevent some damage.

Scientists say this trend will continue as climate change escalates. From satellite imagery, they estimate that at least 120,000 buildings, 40,000 km (24,850 miles) of roads, and 9,500 km (5,900 miles) of pipelines could be at risk, highlighting threats to some Canadian highways, the Trans-Alaska Pipeline System, and the Russian cities of Vorkuta, Yakutsk, and Norilsk.

But people are still building in the Arctic. Satellite images show that coastal infrastructure has increased by 15 percent, or 180 square km (70 square miles), since 2000, according to another study published last year in the journal Environmental Research Letters. About 70 percent of that growth is linked to the oil and gas industry, especially on Russia’s Yamal Peninsula and near the Yamburg gas field, according to that study’s lead author, Annett Bartsch, a polar researcher with the Austrian-based b.geos research and consultancy group.

The highest temperature ever recorded in the Arctic, 38C (100F), has been officially confirmed, sounding “alarm bells” over Earth’s changing climate.

World is likely to hit 1.5C warming limit within 20 years

“There are a lot of new roads and rail tracks,” Bartsch said.

Engineers use several costly strategies when building on permafrost. For example, they place heat-diverting pipes along roads and building foundations to help keep the frozen ground stable.

Maintenance costs for major infrastructure could increase by $15.5 billion by mid-century, but would still be unable to prevent some $21.6 billion in damages, according to the review paper’s most conservative estimates.

For decades, researchers have focused on monitoring the carbon long locked in permafrost, worrying that the release of climate-warming carbon dioxide and methane could push the world toward runaway global warming.

But “the impact on infrastructure is already happening today,” said Vladimir Romanovsky, a geophysicist at the University of Alaska Fairbanks whose research was among the more than 160 studies assessed in the review. “It’s much more urgent for people who live and work on permafrost.”