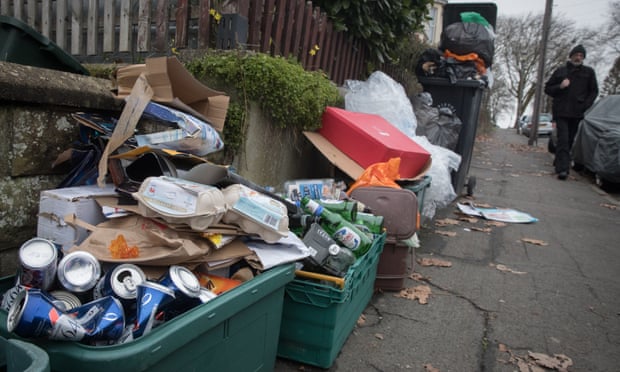 When it comes to planet-friendly habits, recycling is by far the UK’s most popular, with 87% of householders claiming they do so regularly, according to the Waste and Resources Action Programme. But an investigation by Channel 4’s Dispatches into where our rubbish goes, and the role played by energy-from-waste incineration plants, has found that millions of tonnes of our carefully sorted empties are simply being burned after they’re collected.

Freedom of information requests reveal that, on average, 11% of rubbish collected for recycling is incinerated. In some areas the figures are far higher: 45% in Southend-on-Sea and 38% in Warwickshire.

The Dispatches team also found a direct correlation between regions tied into incineration contracts and low recycling rates. In England, more waste is now burned than recycled – 11.6 million tonnes was incinerated in 2019 while 10.9 million was sent for recycling. There are 48 energy-from-waste incinerators across the country, and industry figures show 18 more are planned.

Despite householders’ enthusiasm for recycling, rates in England remain in the doldrums – at 45%, according to government figures, the same level as in 2017, and a long way from the revolutionary shift in waste and recycling promised by the environment bill (postponed to the next parliamentary cycle).

Full story by Lucy Siegle at The Guardian