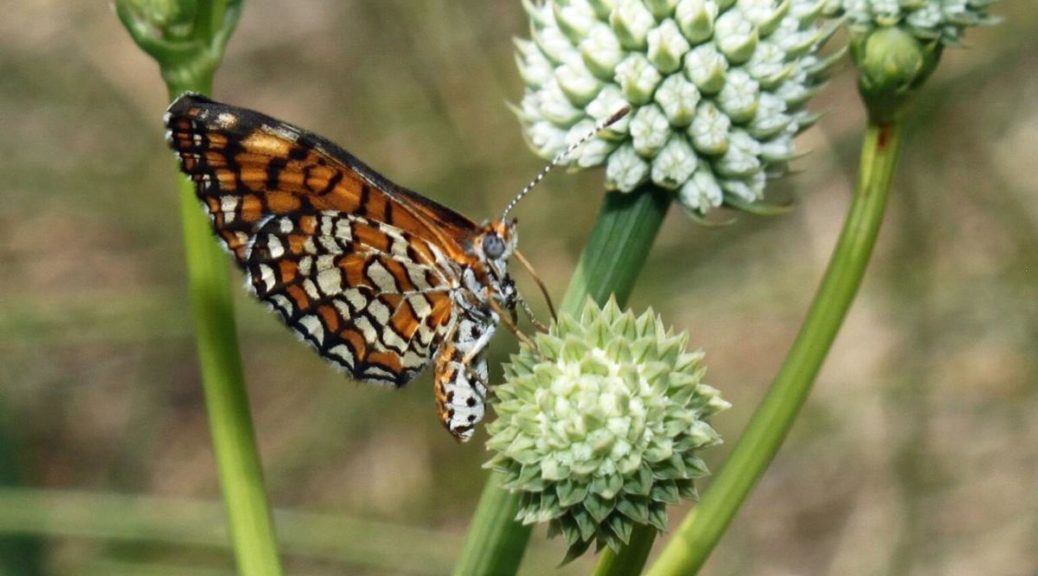 A rare wetland plant with spiky, white spheres for flowers is about to become Southern Arizona’s newest endangered species.

The U.S. Fish and Wildlife Service announced plans on Thursday to add the Arizona eryngo to the list of federally protected species and set aside three small patches of critical habitat near Sierra Vista and on Tucson’s east side.

Conservationists hope the listing will lead to a broader effort to bring back the once-verdant cienegas where the plant is found, starting with the groundwater that sustains them.

Noah Greenwald is the endangered-species director for the Tucson-based Center for Biological Diversity, which petitioned for the eryngo to be listed in 2018 and then sued the Interior Department to force action on its filing.

“It is a really striking plant,” Greenwald said. “It was a conspicuous and beautiful part of the Western landscape that’s been largely lost.”

Greenwald said roughly 95% of spring-fed cienega habitat in the Southwest has been destroyed by groundwater pumping and other human development. The eryngo is also threatened by an invasion of nonnative plants and woody vegetation resulting from warmer and drier conditions brought on by climate change.

The plant is a member of the carrot family that can grow up to 5 feet tall. Also known as ribbonleaf button snakeroot, it is native to Arizona, New Mexico and parts of Northern Mexico.

Previous article: CELL-BASED MEAT HAS HUGE ENVIRONMENTAL BENEFITS AND COULD BE AT PRICE PARITY BY 2030, REPORTS SAY