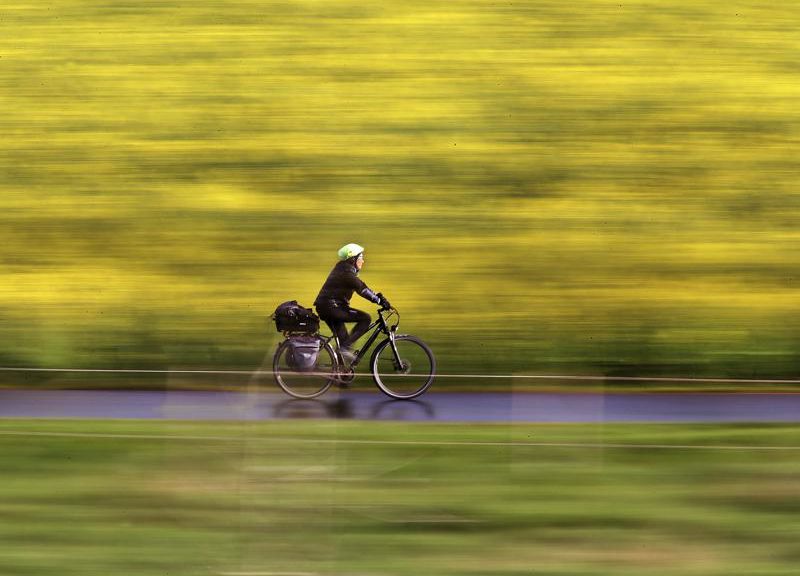 BERLIN (AP) — Germany, home to the Autobahn and a powerful motor industry, wants its citizens to spend less time driving and more time cycling to help save the planet.

The government on Wednesday agreed a new national cycling strategy to boost bike use and safety by 2030.

It aims to increase the average number of bike journeys each German makes by half — from 120 a year at present to 180 in ten years time. Compared to driving, this would result in greenhouse gas emissions savings equivalent to 3-4 million tons of carbon dioxide, government spokeswoman Ulrike Demmer said.

Concerns about climate change have figured large in the polls in recent years, boosting Germany’s Greens, who were for the first time leading an opinion survey this week asking who people would vote for in September’s national election.

To make cycling more attractive, officials want to expand the number of “cycling highways” in the country, create more dedicated bike lanes and parking facilities, and factor in the needs of the growing number of cargo bike users.

The plan also hopes to cut the number of cyclists killed on German roads by 40% in the coming decade compared to 2019, when 445 bike users died in traffic accidents.

The federal government wants to spend almost 1.5 billion euros ($1.8 billion) on the cycling plan in the coming two years.

The hobby horse, a precursor to the modern bicycle, was invented by German aristocrat Karl von Drais some 200 years ago.

Some 5 million bicycles were sold in Germany last year, compared with slightly under 3 million cars.