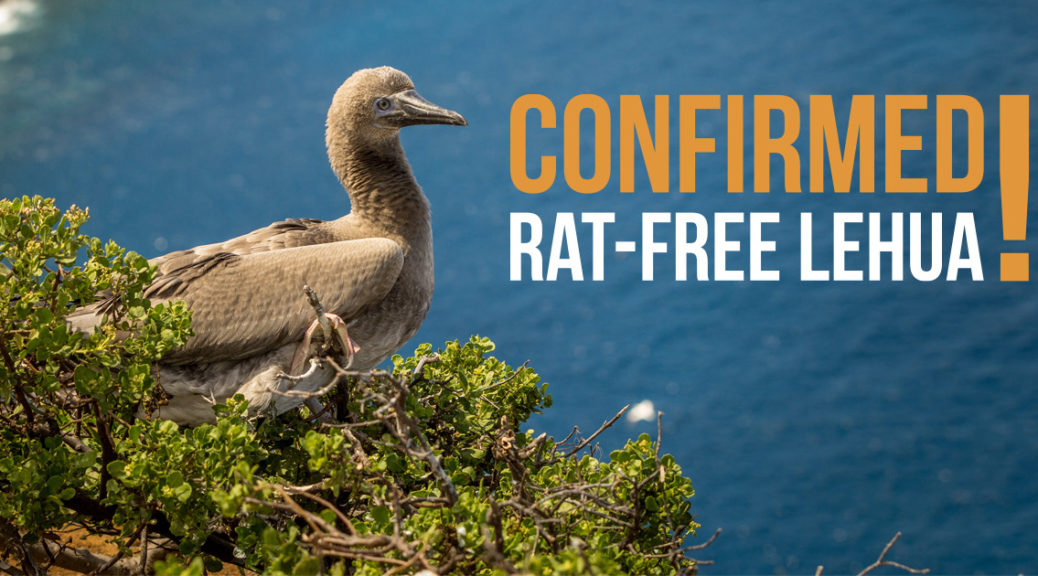 An island in Hawaii has declared itself free of invasive rats that were blamed for eating local seabirds and destroying native plants.

The rodents had plagued Lehua Island for decades and proved difficult to tackle, with a failed attempt to eradicate the population taking place in 2009.

Using bait and traps over a two-year period, Hawaii’s Department of Land and Natural Resources (DLNR) said it had now successfully managed to rid the island of the last of the introduced rats.

“After extensive on-island monitoring, we’re 99.99 percent certain there are no more rats on Lehua, which builds on the successful removal of invasive herbivorous rabbits, and secures a future for Hawai’i’s wildlife and ecosystems,” said Sheri S. Mann, the Kaua’i branch manager for the DLNR Division of Forestry and Wildlife. Rabbits were eradicated in 2006.

“This great work ensures that Hawaii’s Seabird Sanctuary can once again safely host our native seabirds that are so crucial to the ecosystem and our local fisheries,” said Mele Khalsa, of the non-profit Island Conservation, who served as the technical adviser on the eradication program.

“The operation went really well, and almost immediately we saw signs of recovery across the island. But in the months that followed, cameras captured an unexpected outcome, a small number of rats were still present on the island.”

Officials then launched a “mop-up effort” to remove the last few individuals, including using motion-sensor cameras to detect where rats were present.

Khalsa added: “Lehua is a story of what we can achieve through dedicated and focused conservation efforts, and securing the island has been a critical stepping stone for the protection of Hawaii’s native birds and plants.”

Dr. Patty Baiao of Island Conservation said: “We have collected robust data on the rat activity on Lehua since the eradication operation in 2017.

“With the success of the mop-up effort, rats have not been detected on the island for over two years. April 2021 marks the one-year anniversary since all rat-control treatments were removed from the island, adding to the data that allows us to declare Lehua rat-free.”