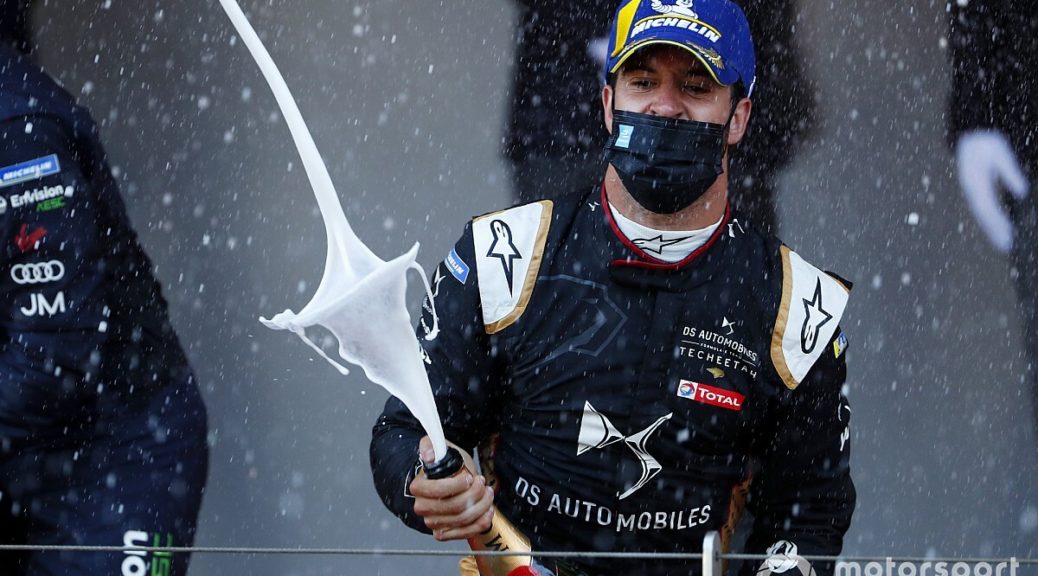 DS TECHEETAH’s Antonio Felix da Costa poached the race lead right at the last on his way to conquering the legendary streets of Monaco in an unreal Round 7 of the 2020/21 ABB FIA Formula E World Championship.

Reigning champion Antonio Felix da Costa (DS TECHEETAH) produced a masterful drive around the historic streets of Monaco in a frenetic Round 7 of the ABB FIA Formula E World Championship – the Portuguese making the move for the race win half way around the last lap in the last of any number of lead changes.

Mitch Evans (Jaguar Racing) headed the way for a good chunk of the race but as the clock ticked down, energy became a pressing concern for the Kiwi. Da Costa, along with Robin Frijns (Envision Virgin Racing) – himself a leader at points – spied their opportunity to pounce.

The DS driver made “one of the riskiest moves of his Formula E career” stick at the New Nouvelle Chicane on the ultimate tour, locking up but launching by Evans. Frijns followed, though only just – snatching second from Evans right at the chequered flag.

“I knew that race was going to be so hard with the energy management and we played a perfect startegy,” said da Costa. “How many lead changes? That doesn’t happen in any other racing series! It was the riskiest overtake of my Formula E career. I didn’t think I’d make it but I love racing these guys; so hard and so fair.”

Evans came home home third, having piloted the widest Jaguar in motor racing history for the final two laps of the legendary motor racing circuit as he sought to conserve usable energy whilst the rabid pack behind hounded him incessantly.

Jean-Eric Vergne (DS TECHEETAH) will be disappointed to have taken the chequered flag fourth, having fouled up his second ATTACK MODE activation. The Frenchman, a winner here in Season 5, was racy and recovered four spots over the final three tours to atone for his mistake, taking the TAG Heuer Fastest Lap point in the process.

That result sent Frijns to the top of the Drivers’ table ahead of previous leader Nyck de Vries (Mercedes-EQ). Da Costa’s victory fired the DS racer to within 10 points of the standings summit at the half-way stage of the season. Mercedes-EQ hold fast at the top of the Teams’ running.