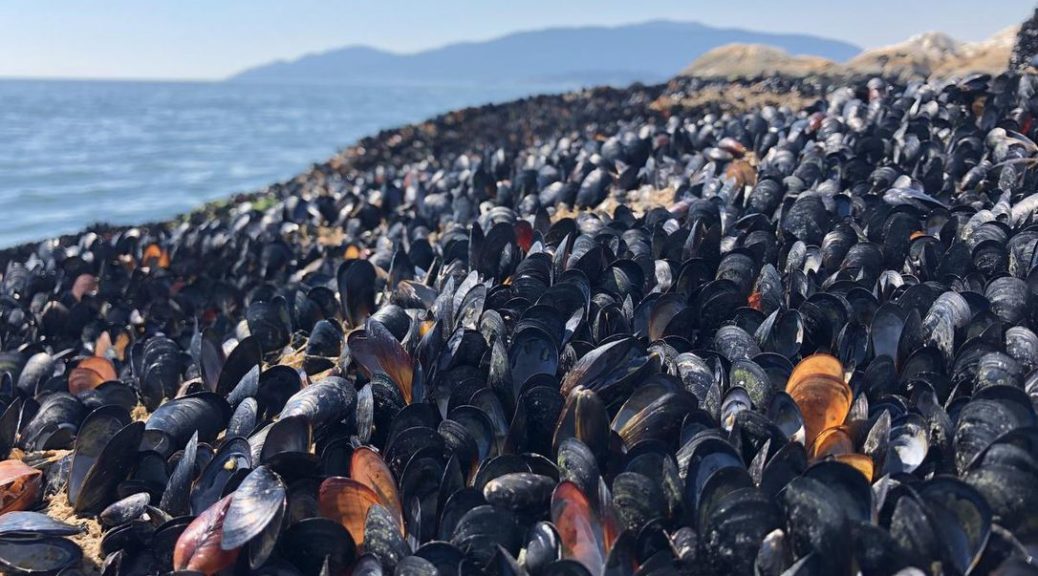 Extreme heat temperatures, rising up to 40 C in Vancouver, had caused sea animals like mussels, clams and snails to cook to their death.

Chris Harley smelled Kitsilano Beach before he even arrived.

The odour permeating from the British Columbia beach in late June signified one thing — death.

Extreme heat temperatures, rising up to 40 C in Vancouver, had caused sea animals like mussels, clams and snails to cook to their death.

“It’s (like) leaving a car in a hot parking lot,” Harley told the Star, recounting his visit to the beach. “It gets a lot hotter than the air does. So that’s what happens to the shoreline when it’s out in the sun and low tide.”

Harley, a marine biologist at the University of British Columbia, roughly estimates that a total of one billion animals died in the Salish Sea off the coast of Vancouver during the heat wave, but says his team is still gathering data and whatever the actual number is, it’s massive. This is in addition to the human impact. The B.C. Coroners Service reported a total of 777 sudden deaths in the province from June 25 to July 1 — a considerably higher number than the same period last year — and officials presume heat waves to be a significant contributing factor.

“It’s a reminder that yes, there are very important human tolls to climate change, but the whole system around us is changing too, and we don’t know what all of the consequences of those changes are going to be.”

Harley calls mussels the “poster child” indicator of the heat’s devastation to the sea, explaining that they were the most vulnerable and obvious when they died. They also play a role in water quality.

“Marine mussels, the ones that are dying here, just like freshwater mussels, they’re filter feeders so they do clear out particles in the water and make the water a little clearer,” explained Harley, adding that mussels are in the middle of the food web.

“They grab plankton that’s floating around in the water and use it to grow and then they feed other things on the shore so they sort of connect the open water habitat to the shoreline.”

Death of a mass amount of mussels will also impact other animals that rely on them for food like starfish and sea ducks that migrate back and forth from Alaska.

Harley and photographer Carter Burtlake used a thermal imaging camera with a forward-looking infrared (FLIR) to measure the amount of radiation from a surface and determine its temperature. Some surfaces they captured were up to 50 C.