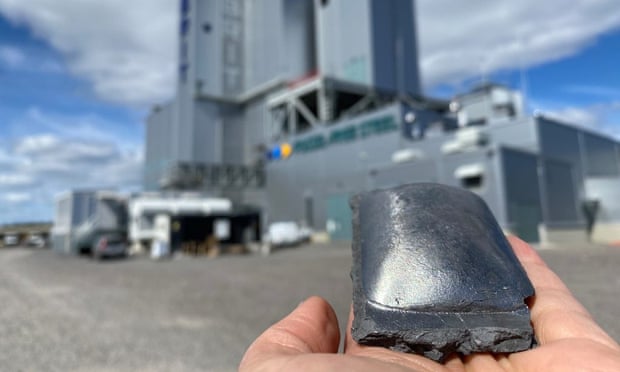 Hybrit sends steel made with hydrogen production process to Volvo, which plans to use it in prototype vehicles and components

The world’s first customer delivery of “green steel” produced without using coal is taking place in Sweden, according to its manufacturer.

The Swedish venture Hybrit said it was delivering the steel to truck-maker Volvo AB as a trial run before full commercial production in 2026. Volvo has said it will start production in 2021 of prototype vehicles and components from the green steel.

Steel production using coal accounts for around 8% of global greenhouse gas emissions. Hybrit started test operations at its pilot plant for green free steel in Lulea, northern Sweden, a year ago. It aims to replace coking coal, traditionally needed for ore-based steel making, with renewable electricity and hydrogen. Hydrogen is a key part of the EU’s plan to reach net zero greenhouse gas emissions by 2050.

Hybrit is owned by the steelmaker SSAB, state-owned utility Vattenfall and miner LKAB.

SSAB accounts for 10% of Sweden’s and 7% of Finland’s carbon dioxide emissions. It said the trial delivery was an “important step towards a completely fossil-free value chain … The goal is to deliver fossil-free steel to the market and demonstrate the technology on an industrial scale as early as 2026.”

Another green steel venture, H2 Green Steel, is planning to build a fossil fuel-free steel plant in the north of Sweden, including a sustainable hydrogen facility, with production starting in 2024.

Reuters via The Guardian