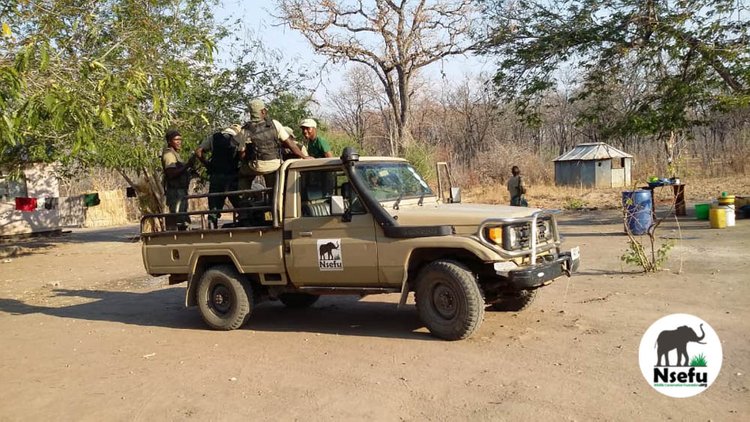 After a recent lengthy patrol, Nsefu Wildlife Rangers apprehended one of the regions most wanted poachers!

He was caught with three poached Impala and Elephant ivory!

The poacher was handed over to the local authorities and he quickly went to trial. He has received hard jail time for his offense and he gave up information that may lead to the arrest of gun makers. The Intelligence and Investigation Unit from Department of National Parks and Wildlife and Nsefu IIU team will follow up on this lead! 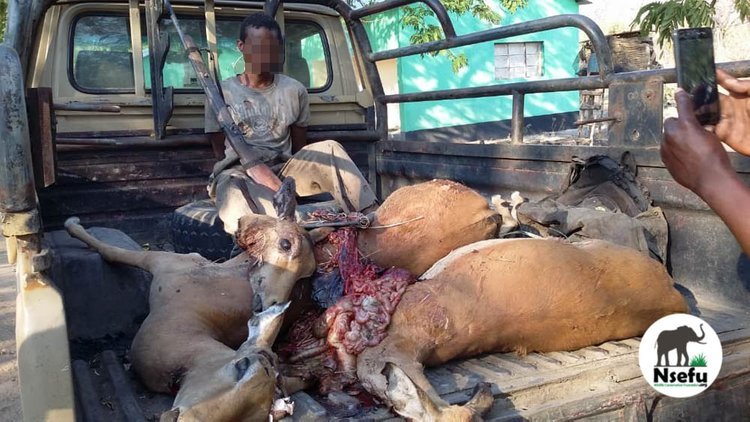 THE HISTORY OF THE NSEFU WILDLIFE CONSERVATION FOUNDATION

The Foundation was the product of a partnership between the owners of Zikomo Safari (an Eco-Hotel ), who were concerned about the escalating loss of wildlife in the areas surrounding their lodge, and a passionate radio show host, who had a long history of defending and caring for animals.

Hotel owners, Victoria and David Wallace, and San Diego radio personality, Coe Lewis, had a collective vision of stopping the killing of African wildlife, while helping the Nsefu people rise above poverty. Coe became responsible for creating a visible U.S. presence, and the Wallace family became the Foundation’s operational face in Zambia. Together they are the spine of the Nsefu Wildlife Conservation Foundation.

The Foundation shares a commitment to protecting and preserving African wildlife and ecosystems with many dedicated and effective organizations which have similar charters.

The Nsefu Foundation however, is unique in several ways:

100% of ALL funds raised are dedicated to anti-poaching initiatives. ALL administrative and fund raising functions are undertaken by volunteers. The Foundation’s Board of Directors serve because of a shared commitment to Nsefu’s wildlife conservation mission.

The focus of the Foundation’s operational programs is within a well defined geographical area and community, thereby providing increased opportunities for managing programs and measuring project impacts.

It was recognized that anti-poaching enforcement efforts would likely fail unless a significant emphasis was placed on establishing a genuine and solid economic interface with the adjacent communities. This emphasis was the genesis for a three pronged operational strategy with rangers for enforcement and deterrence, education to impart the importance of conservation at an early age, and bee-keeping to keep elephants out of local farms, while generating income through the sale of honey.

The Foundation began its Zambian operations with a per diem conservation levy on guests staying at the Zikomo Safari Lodge, and with monies generated through U.S. Fund raising efforts. The foundation, having demonstrated success in abating poaching. is now seeking financial support to grow and sustain its conservation agenda and mission.