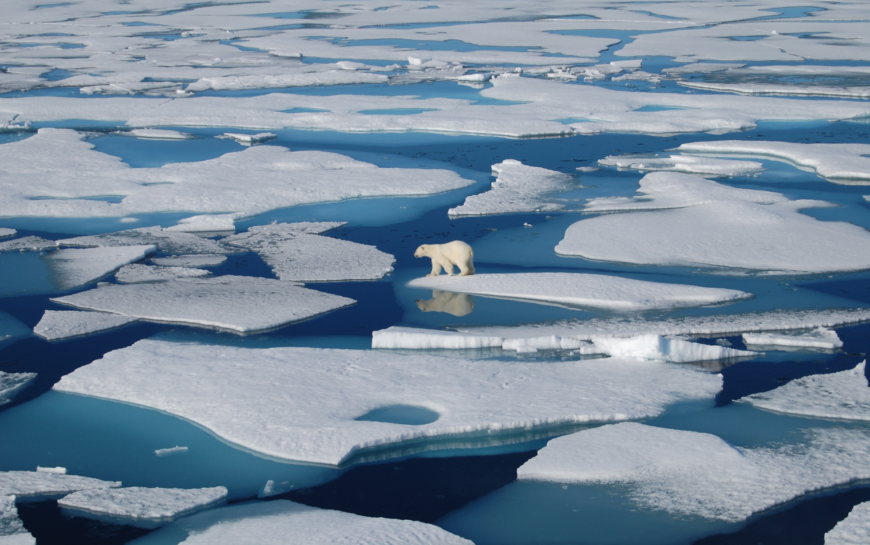 Research published in the journal Nature Communications on Monday says 3.5 trillion tons of Greenland’s ice sheet melted from 2011 to 2020, which would be enough to flood all of New York City in 14,700 feet of water.

The ice sheet covers more than 656,000 square miles,  and if it were to fully melt, the global sea level would rise about 20 feet, according to the National Snow and Ice Date Center. While much of the ice sheet remains intact, researchers from the University of Leeds Centre for Polar Observation and Modelling in Northern England found it is melting at an exceptional rate, increasing 21% in the past 40 years.

“Observations show that extreme melt events in Greenland have become more frequent and more intense – as well as more erratic – which is a global problem,” Lin Gilbert, co-author of the study, said in a statement.

The team used satellite data from the European Space Agency to estimate the elevation of the ice sheet, the first time a space object has been used to do so. The team found that from 2011 to 2020, the runoff of Greenland’s ice sheet averaged about 357 billion tons a year.

That would, on average, raise the global sea level about 1 millimeter a year, but during that time, two years – 2012 and 2019 – experienced exceptionally more runoff than others as extreme weather led to, “record-breaking levels of ice melting.” In 2019, the runoff was about 527 billion tons.

The discovery comes after the National Snow and Ice Date Center said the sheet’s summer melt increased by 30% from 1979 to 2006 because of higher temperatures.

“Greenland is also vulnerable to an increase in extreme weather events,” said lead author Thomas Slater. “As our climate warms, it’s reasonable to expect that the instances of extreme melting in Greenland will happen more often – observations such as these are an important step in helping us to improve climate models and better predict what will happen this century.”

Slater added there are reasons to feel optimistic about not losing as much ice in the future, but his colleague and co-author, Amber Leeson, painted a dark future. Leeson said that by 2100, the global sea level can rise anywhere from 1 to 9 inches because of melting, which could be dangerous to coastal cities around the world.

“This prediction has a wide range, in part because of uncertainties associated with simulating complex ice melt processes, including those associated with extreme weather,” she said.

Although it was not included in the study, evidence shows that this past summer was already a significant one for the ice sheet. In August, it rained on the summit for the first time since weather recording began there in 1950.

Not only that, but temperatures on the summit, which is 10,551 feet above sea level, were above freezing for more than nine hours, the fourth time it had ever been documented but third time since 2012. The rain and warmer temperatures resulted in an estimated 7 billion tons of rainfall on the ice sheet.