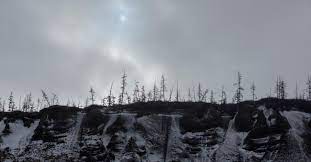 A father and son in remote Siberia are trying to engineer an ice age ecosystem. Peer-reviewed scientific papers show they are slowing global warming.

In one of the planet’s coldest places, 130 km south of Russia’s Arctic coast, scientist Sergey Zimov can find no sign of permafrost as global warming permeates Siberia’s soil.

As everything from mammoth bones to ancient vegetation frozen inside it for millennia thaws and decomposes, it now threatens to release vast amounts of greenhouse gases.

Zimov, who has studied permafrost from his scientific base in the diamond-producing Yakutia region for decades, is seeing the effects of climate change in real time.

Driving a thin metal pole metres into the Siberian turf, where temperatures are rising at more than three times the world average, with barely any force, the 66-year-old is matter-of-fact.

“This is one of the coldest places on earth and there is no permafrost,” he says. “Methane has never increased in the atmosphere at the speed it is today … I think this is linked to our permafrost.”

Permafrost covers 65% of Russia’s landmass and about a quarter of the northern landmass. Scientists say that greenhouse gas emissions from its thaw could eventually match or even exceed the European Union’s industrial emissions due to the sheer volume of decaying organic matter.

Meanwhile permafrost emissions, which are seen as naturally occurring, are not counted against government pledges aimed at curbing emissions or in the spotlight at the U.N. climate talks. Zimov, with his white beard and cigarette, ignored orders to leave the Arctic when the Soviet Union collapsed and instead found funding to keep the Northeast Science Station near the part-abandoned town of Chersky operating.

Citing data from a U.S.-managed network of global monitoring stations, Zimov says he now believes the COVID-19 pandemic has shown that permafrost has begun to release greenhouse gases.

Despite factories scaling back activity worldwide during the pandemic which also dramatically slowed global transport, Zimov says the concentration of methane and carbon dioxide in the atmosphere has been growing at a faster rate.

Whole cities sit on permafrost and its thawing could cost Russia 7 trillion roubles ($100 billion) in damage by 2050 if the rate of warming continues, scientists say.

Built on the assumption that the permafrost would never thaw, many homes, pipelines and roads in Russia’s far north and east are now sinking and increasingly in need of repair.

Zimov wants to slow the thaw in one area of Yakutia by populating a nature reserve called the Pleistocene Park with large herbivores including bison, horses and camels.

Such animals trample the snow, making it much more compact so the winter cold can get through to the ground, rather than it acting as a thick insulating blanket.

Zimov and his son Nikita began introducing animals into the fenced park in 1996 and have so far relocated around 200 of different species, which they say are making the permafrost colder compared with other areas.

Bison were trucked and shipped this summer from Denmark, along the Northern Sea Route, past polar bears and walruses and through weeks-long storms, before their ship finally turned into the mouth of the Kolyma River towards their new home some 6,000 kilometres to the east.

The Zimovs’ surreal plan for geo-engineering a cooler future has extended to offering a home for mammoths, which other scientists hope to resurrect from extinction with genetic techniques, in order to mimic the region’s ecosystem during the last ice age that ended 11,700 years ago. 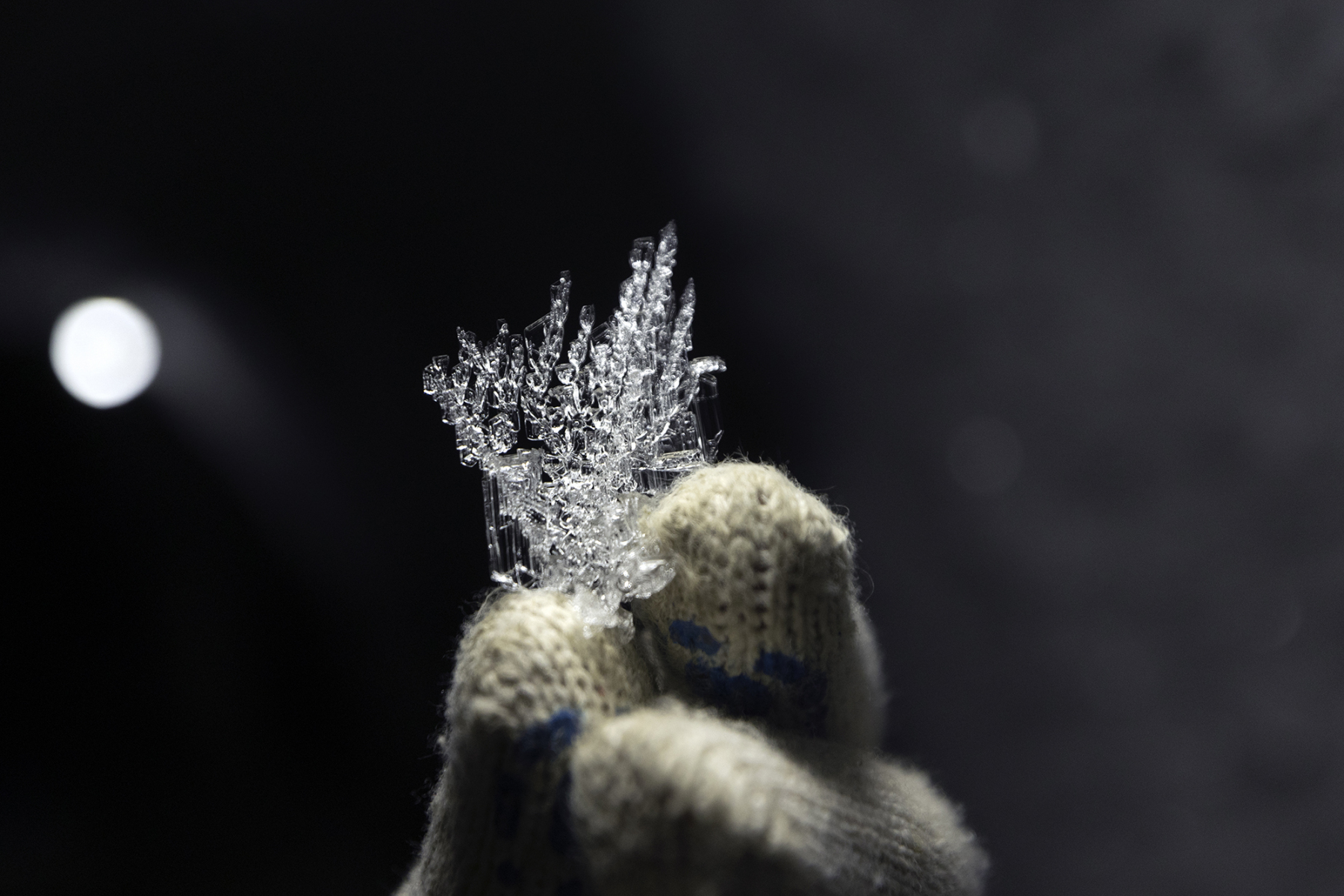 Sergey Zimov, a scientist, holds an ice crystal in the underground storage where sample materials are stored in permafrost in Pleistocene Park outside of the town of Chersky, Sakha (Yakutia) republic, Russia September 13, 2021. Underground storages digger in permafrost layer are widely used by local people as a natural fridge with temperature of minus 5 degrees Celsius and lower. REUTERS/Maxim Shemetov

A paper published in Nature’s Scientific Reports last year, where both Zimovs were listed as authors, showed that the animals in Pleistocene Park had reduced the average snow depth by half, and the average annual soil temperature by 1.9 degrees Celsius, with an even bigger drop in winter and spring.

More work is needed to determine if such “unconventional” methods might be an effective climate change mitigation strategy but the density of animals in Pleistocene Park – 114 individuals per square kilometre – should be feasible on a pan-Arctic scale, it said.

And global-scale models suggest introducing big herbivores onto the tundra could stop 37% of Arctic permafrost from thawing, the paper said.

Nikita Zimov, Sergey’s son, was walking in the shallows of the river Kolyma at Duvanny Yar in September when he fished out a mammoth tusk and tooth. Such finds have been common for years in Yakutia and particularly by rivers where the water erodes the permafrost.

Three hours by boat from Chersky, the river bank provides a cross-section of the thaw, with a thick sheet of exposed ice melting and dripping below layers of dense black earth containing small grass roots.

“If you take the weight of all these roots and decaying organics in the permafrost from Yakutia alone, you’d find the weight was more than the land-based biomass of the planet,” Nikita says.

Scientists say that on average, the world has warmed one degree in the last century, while in Yakutia over the last 50 years, the temperature has risen three degrees.

The older Zimov says he has seen for himself how winters have grown shorter and milder, while Alexander Fedorov, deputy director of the Melnikov Permafrost Institute in Yakutsk, says he no longer has to wear fur clothing during the coldest months.

But addressing permafrost emissions, like fire and other so-called natural emissions, presents a challenge because they are not fully accounted for in climate models or international agreements, scientists say.

“The difficulty is the quantity,” says Chris Burn, a professor at Carleton University and president of the International Permafrost Association. 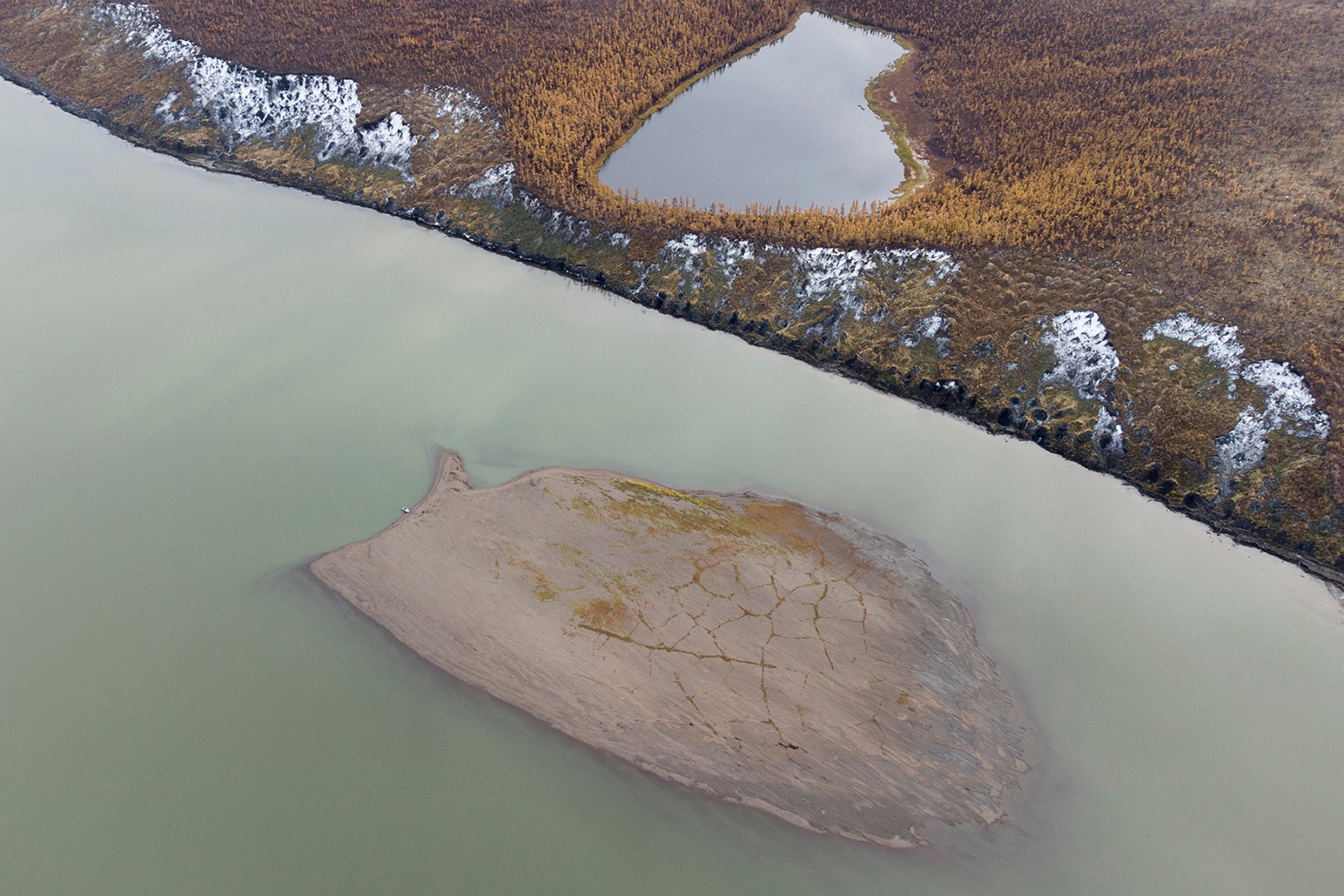 A general view of Duvanny Yar and Kolyma river south-west of the town of Chersky, Sakha (Yakutia) republic, Russia September 12, 2021. Duvanny Yar is landscape complex at lower Kolyma, rich of syngenetic ice wedges, and remains of Pleistocene flora and fauna. Picture taken with a drone. REUTERS/Maxim Shemetov SEARCH "PERMAFROST SHEMETOV" FOR THIS STORY. SEARCH "WIDER IMAGE" FOR ALL STORIES

“One or two percent of permafrost carbon is equivalent to total global emissions for a year.” Scientists estimate that permafrost in the Northern Hemisphere contains about 1.5 trillion tons of carbon, about twice as much as is currently in the atmosphere, or about three times as much as in all of the trees and plants on earth.

Nikita says there is no single solution to global warming. “We’re working to prove that these ecosystems will help in the fight, but, of course, our efforts alone are not enough.”