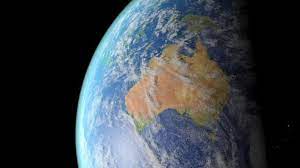 Wildfires are becoming more frequent and severe and scientists warn that this could hinder the recovery of the ozone layer.

The ozone layer is between 15 to 40 kilometres away from the Earth’s surface, which is perhaps a closer distance than what some may have initially guessed.

This close proximity means that the ozone layer is susceptible to chemicals that humans create, such as the notorious CFC’s that cause widespread ozone-depletion. In 1987 the Montreal Protocol was enacted to regulate and ban certain ozone-thinning chemicals and is cited as a success story for environmental policy.

However, scientists have discovered an increasingly alarming source of ozone-destroying compounds that is impossible to ban: wildfire smoke.

A study published by scientists from Massachusetts Institute of Technology (MIT) investigated the catastrophic “Black Summer” Australian wildfires (2019-2020) and, for the first time, confirmed a connection between wildfire smoke and ozone depletion.

Over one million tons of smoke particles were released into the atmosphere during the Black Summer fires and travelled 35 kilometres above the Earth’s surface. This release is comparable to a volcanic eruption and changes in the stratosphere were noticed shortly after the fires had been tamed in March 2020.

After studying data from a number of satellites, the scientists noticed there was a “sharp drop” in nitrogen dioxide in the stratosphere, which is the beginning of a chemical reaction that typically ends in ozone depletion.

By August 2020, the smoke particles left the ozone and fell back to Earth, putting an end to the ozone destruction that they were causing. Researchers say that the impact these wildfires had on the stratosphere in such a short period of time raises concerns about future fire events, despite the progress that has been made since the Montreal Protocol.

“The Australian fires look like the biggest event so far, but as the world continues to warm, there is every reason to think these fires will become more frequent and more intense,” lead author Susan Solomon and MIT professor of environmental studies, stated in a press release.

“It’s another wakeup call, just as the Antarctic ozone hole was, in the sense of showing how bad things could actually be.”

The ozone layer protects living organisms on Earth from damaging amounts of UV rays from the Sun and the U.N. estimates that the Montreal Protocol has prevented millions of additional cases of melanoma, other cancers, and eye cataracts.

Even though ozone is continuously created since it is formed by sunlight reacting with oxygen, the study concludes that increasingly frequent and severe wildfires due to climate change could hinder the recovery that the ozone layer has made since the Montreal Protocol was enacted.

“Wildfire smoke is a toxic brew of organic compounds that are complex beasts. And I’m afraid ozone is getting pummelled by a whole series of reactions that we are now furiously working to unravel,” Solomon stated.

Isabella O’Malley at The Weather Network