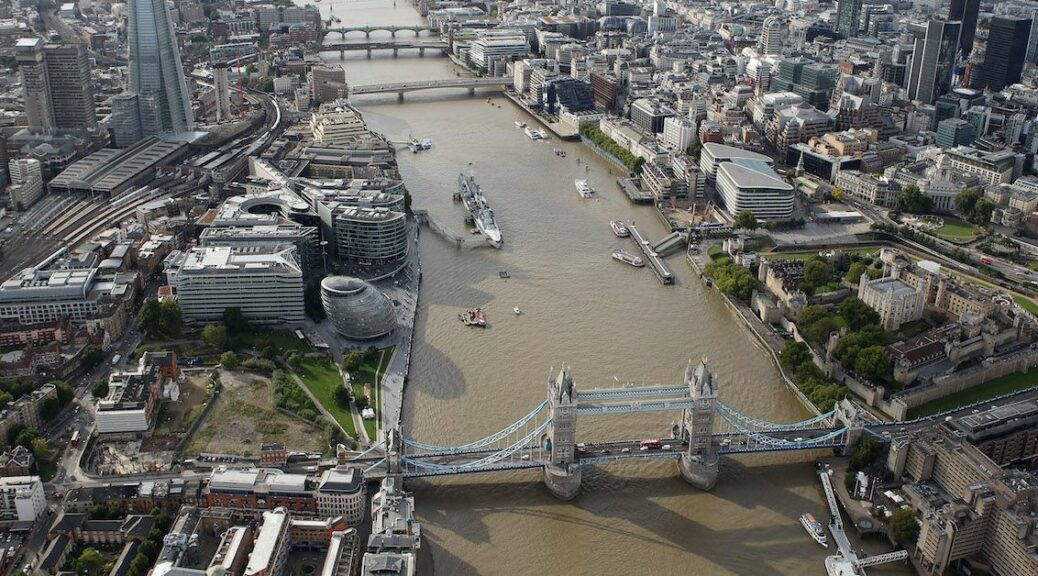 London’s River Thames is one of the most famous rivers in the world, with parts of the 215-mile river flowing right through Central London, alongside sights like Big Ben, the Tower of London, the London Eye, and the Tower Bridge. 64 years ago, parts of the River Thames were declared dead — and after years of hard work, signs of life in the River Thames have scientists rejoicing.

The ​​Zoological Society of London (ZSL) just published a report titled The State of the Thames 2021, which analyzes environmental trends observed in the river over the past 64 years. The report’s introduction explained that in 1957, Natural History Museum scientists declared parts of the Tidal Thames “biologically dead.” Essentially, the estuary was so ravaged by pollution, that animals could barely survive in it.

But for the past 18 years, the ZSL has been working to change that, and “restore the Tidal Thames to a biodiverse estuarine ecosystem that provides ecosystem services benefiting our economy and wellbeing,” as the ZSL’s Director of Conservation and Policy, Dr. Andrew Terry, wrote in the report’s forward.

And the work has paid off — according to the ZSL, the Tidal Thames “once again provides a rich and varied habitat to an abundance of wildlife, and many benefits to people.”

What animals were discovered in the River Thames?

Some 60 years ago, parts of the River Thames were declared biologically dead. But cleanup efforts over recent decades have revived it and it is now home to hundreds of wildlife species, such as seahorses and sharks. https://t.co/jsQHw67qyU

As reported by The Hill, the ZSL claims that the River Thames is now home to over 92 species of birds, 115 species of fish, and three species of shark: the starry smooth-hound, the spurdog, and the tope shark, the latter two of which are classified as vulnerable on the IUCN Red List.

But Londoners shouldn’t get too excited — spurdogs are venomous sharks. Fortunately, they tend to live in the river’s depths, as noted by CNN.

Healthy rivers are good for wildlife and for the climate.

Additionally, the river also now contains about 600 hectares of coastal wetlands, aka salt marshes, according to The Hill. Salt marshes have endless positive effects on the environment — they help keep coastlines healthy, they provide food and habitats for fish, they defend shorelines from erosion, they filter runoff, and they absorb rainwater, which lessens the severity of floods, as per the National Ocean Service.

“A healthy Thames is also vital in mitigating some of the impacts of climate change,” Terry added. “As we increasingly recognise the intrinsic and economic value of nature’s services to humans, we hope to see investment in the continued restoration of the river.”

That said, the climate crisis has definitely been a factor in the Thames’ struggles. The report’s executive summary noted that rising global temperatures, rising water temperatures, rising sea levels, and increasing stormwater runoff can all negatively impact the river, which can harm wildlife. Plastic pollution is a factor as well, as marine animals often get tangled in plastic waste, or mistake plastic for food, both of which can kill them.

To help prevent climate change further hurting the Thames, the ZSL plans to continue its work to restore wildlife along the River Thames, set limits for plastic pollution throughout the river, and get local communities involved.