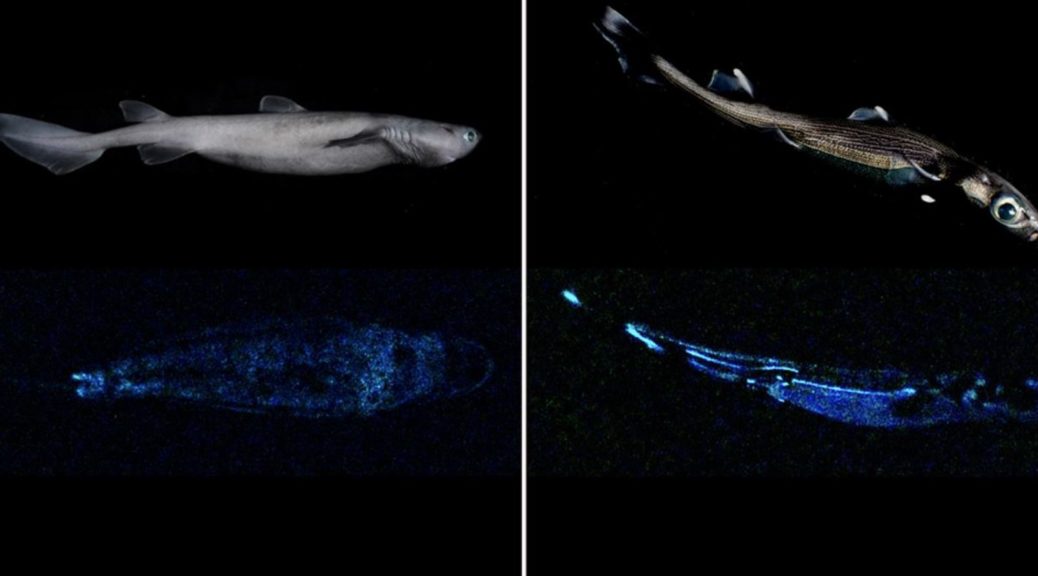 The sharks face an environment with nowhere to hide, so they use counterillumination as a form of camouflage, the researchers say.

The kitefin shark, the blackbelly lanternshark and the southern lanternshark were collected from the Chatham Rise, off the east coast of New Zealand’s South Island, in January last year.

The species were already known to marine biologists but this was the first time that they were found to emit light, or have bioluminescence.

Among the sharks, the kitefin is the largest-known luminous underwater creature, usually found swimming 300 metres below sea level preying on smaller sharks, ground fish and crustaceans.

Other sea life, including jellyfish and squid, can emit light but the researchers concluded that the sharks’ glowing underbellies might be used to help them hide from predators or other threats.

They said in the study: “Bioluminescence has often been seen as a spectacular yet uncommon event at sea but considering the vastness of the deep sea and the occurrence of luminous organisms in this zone, it is now more and more obvious that producing light at depth must play an important role structuring the biggest ecosystem on our planet.”

Full story by Elle Hunt at The Guardian