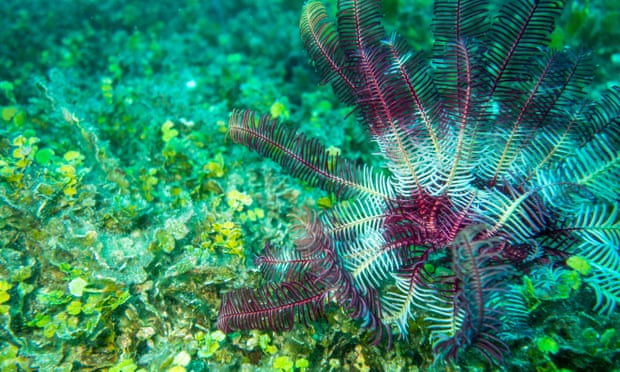 Analysis suggests the risk of extinction of some species may not be as high as previously thought, but researchers warn local depletion has a devastating impact

A world-first estimate of the number of corals across the expanse of the Pacific Ocean has suggested there are about half a trillion of the reef-building animals.

Researchers say their findings, from an analysis of more than 900 reef sites, shows the risk of extinction of individual coral species is lower than current international assessments.

The estimate of the number of corals, published in the journal Nature Ecology and Evolution, suggests there are as many corals in the Pacific as there are trees in the Amazon, the authors said.

A separate study also released today reveals for the first time the rich biodiversity of little-known habitats on the sea floor between reefs in the north of the Great Barrier Reef that have existed since the end of the last ice age.

Dr Andy Dietzel, who led the study estimating the numbers of corals, said the findings did not undermine concerns about the impacts of global heating on reef habitats, but did suggest concerns about the survival of individual coral species needed to be reconsidered.

There was still a risk of extinctions occurring locally, he said, and these could have devastating ecological impacts.

Full story by Graham Readfearn at The Guardian