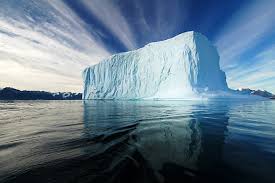 Frozen soil held plant fragments that may be a million years old.

Frozen soil that was collected in Greenland during the Cold War by a secret military operation hid another secret: buried fossils that could be a million years old. Recent analysis revealed plants that were so well-preserved they “look like they died yesterday,” researchers said.

U.S. Army scientists dug up the ice core in northwestern Greenland in 1966 as part of Project Iceworm, a covert mission to build a subsurface base concealing hundreds of nuclear warheads, where they would be within striking range of the Soviet Union. An Arctic research station named Camp Century was the Army’s cover story for the project. But Iceworm fizzled; the base was abandoned and the ice core lay forgotten in a freezer in Denmark until it was rediscovered in 2017.

Today, most of Greenland is covered by the Greenland Ice Sheet, which spans 656,000 square miles (1.7 million square kilometers) — about three times the size of Texas, according to the National Snow and Ice Data Center (NSIDC).

If the new research bears out and most of Greenland’s ice vanished relatively recently, that doesn’t bode well for the stability of its current ice sheet in response to human-caused climate change. Should all of Greenland’s ice melt, the seas would rise by approximately 24 feet (7 meters),  the National Oceanic and Atmospheric Administration (NOAA) reported in 2019. That would be enough to flood coastal cities worldwide, the researchers wrote in the new study, published March. 15 in the journal Proceedings of the National Academy of Sciences.

Previous atricle: HOW DIRT COULD HELP SAVE THE PLANET