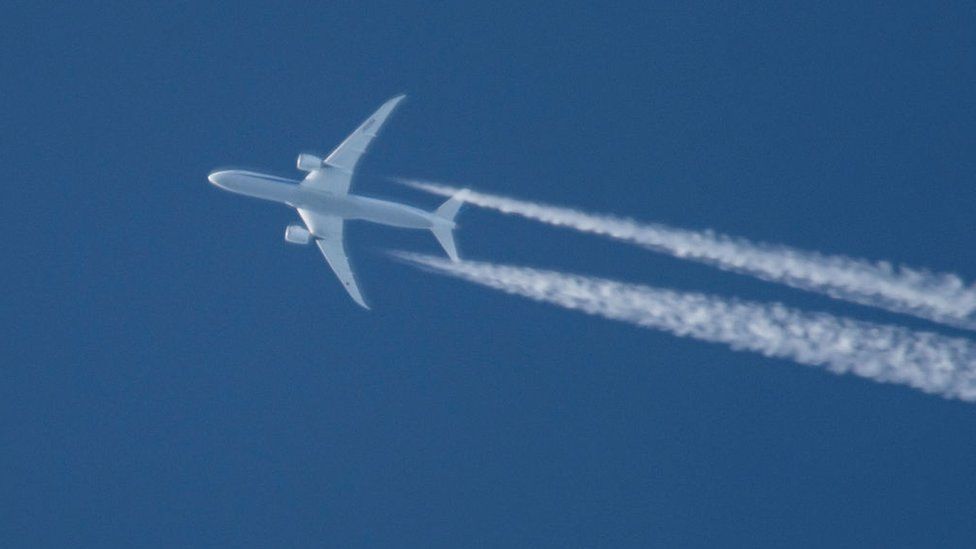 A new approach to making jet fuel from food waste has the potential to massively reduce carbon emissions from flying, scientists say.

Currently, most of the food scraps that are used for energy around the world are converted into methane gas. But researchers in the US have found a way of turning this waste into a type of paraffin that works in jet engines. The authors of the new study say the fuel cuts greenhouse gas emissions by 165% compared to fossil energy.

This figure comes from the reduction in carbon emitted from airplanes plus the emissions that are avoided when food waste is diverted from landfill. The aviation industry worldwide is facing some difficult decisions about how to combine increased demand for flying with the need to rapidly cut emissions from the sector.

In the US, airlines currently use around 21 billion gallons of jet fuel every year, with demand expected to double by the middle of the century. At the same time, they have committed to cutting CO2 by 50%. With the development of battery-powered airplanes for long haul flights a distant prospect at this point, much attention has focussed on replacing existing jet fuel with a sustainable alternative. In fact the UK government has just announced a £15m competition to encourage companies to develop jet fuel from household waste products.

Current methods of making green jet fuel are based on a similar approach to making biodiesel for cars and heavy goods vehicles. It normally requires the use of virgin vegetable oils as well as waste fats, oil and grease to make the synthetic fuel. At present, it is more economical to convert these oils and wastes into diesel as opposed to jet fuel – which requires an extra step in the process, driving up costs. Now, researchers say that they have developed an alternative method able to turn food waste, animal manure and waste water into a competitive jet hydrocarbon.

Much of this material, termed wet-waste, is at present is turned into methane gas. However, the authors found a way of interrupting this process so it produced volatile fatty acids (VFA) instead of CH4. The researchers were then able to use a form of catalytic conversion to upgrade the VFA to two different forms of sustainable paraffin.