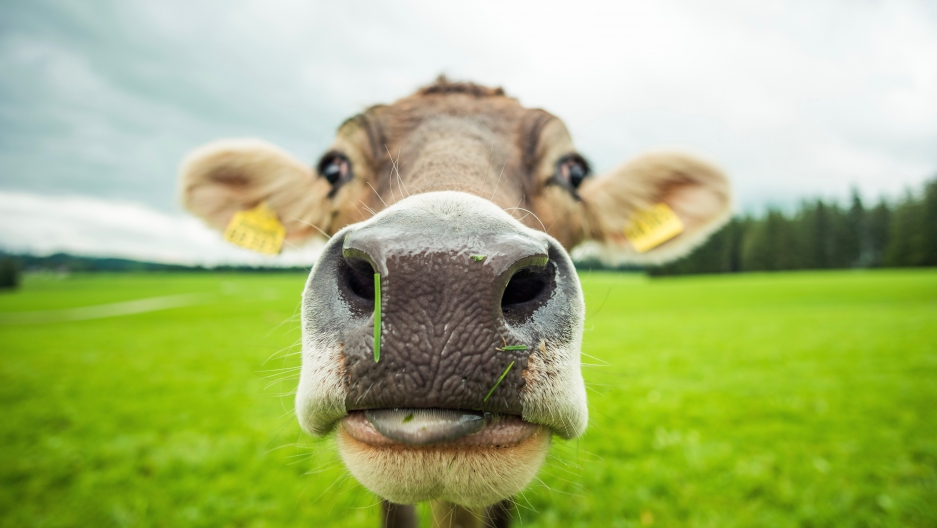 Methane is a short-lived but powerful greenhouse gas and the second-largest contributor to climate change after carbon dioxide. And the majority of human-induced methane emissions comes from livestock.

About 70% of agricultural methane comes from enteric fermentation – chemical reactions in the stomachs of cows and other grazing animals as they break down plants. The animals burp out most of this methane and pass the rest as flatulence.

There are roughly 1 billion cattle around the world, so reducing enteric methane is an effective way to reduce overall methane emissions. But most options for doing so, such as changing cows’ diets to more digestible feed or adding more fat, are not cost-effective. A 2015 study suggested that using seaweed as an additive to cattle’s normal feed could reduce methane production, but this research was done in a laboratory, not in live animals.

We study sustainable agriculture, focusing on livestock. In a newly published study, we show that using red seaweed (Asparagopsis) as a feed supplement can reduce both methane emissions and feed costs without affecting meat quality. If these findings can be scaled up and commercialized, they could transform cattle production into a more economically and environmentally sustainable industry.

For the study, we added 1.5 to 3 ounces of seaweed per animal daily to 21 beef cows’ food for 21 weeks. As with most new ingredients in cattle diets, it took some time for the animals to get used to the taste of seaweed, but they became accustomed to it within a few weeks.

As we expected, the steers released a lot more hydrogen – up to 750% more, mostly from their mouths – as their systems produced less methane. Hydrogen has minimal impact on the environment. Seaweed supplements did not affect the animals’ carbon dioxide emissions.

Full story by Ermias Kebreab and Breanna Roque at The Conversation