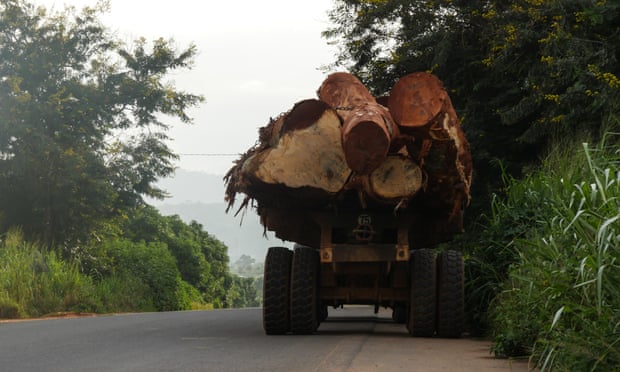 The average western consumer of coffee, chocolate, beef, palm oil and other commodities is responsible for the felling of four trees every year, many in wildlife-rich tropical forests, research has calculated.

Destruction of forests is a major cause of both the climate crisis and plunging wildlife populations, as natural ecosystems are razed for farming. The study is the first to fully link high-resolution maps of global deforestation to the wide range of commodities imported by each country across the world.

The research lays bare the direct links between consumers and the loss of forests across the planet. Chocolate consumption in the UK and Germany is an important driver of deforestation in Ivory Coast and Ghana, the scientists found, while beef and soy demand in the US, European Union and China results in forest destruction in Brazil.

Coffee drinkers in the US, Germany and Italy are a significant cause of deforestation in central Vietnam, the research shows, while timber demand in China, South Korea and Japan results in tree loss in northern Vietnam.

As a wealthy, populous country, the US has a particularly large deforestation footprint, being the main importer of a wide variety of commodities from tropical countries, including fruits and nuts from Guatemala, rubber from Liberia and timber from Cambodia. China bears the biggest responsibility for deforestation in Malaysia, resulting from imports of palm oil and other farm produce.

Consumption in G7 states accounts for an average loss of four trees a year per person, the research says; the US is above average with five trees being lost per capita. In five G7 countries – the UK, Japan, Germany, France, and Italy – more than 90% of their deforestation footprint was in foreign countries and half of this was in tropical nations.

Dr Nguyen Hoang, at the Research Institute for Humanity and Nature, in Kyoto, Japan, led the research and said the detailed maps could help target action to halt deforestation.

He added: “Policymakers and companies can get an idea of which supply chains are causing deforestation. If they know that, they can focus on those supply chains to find the specific problems and solutions.”

Full story by Damian Carrington at The Guardian