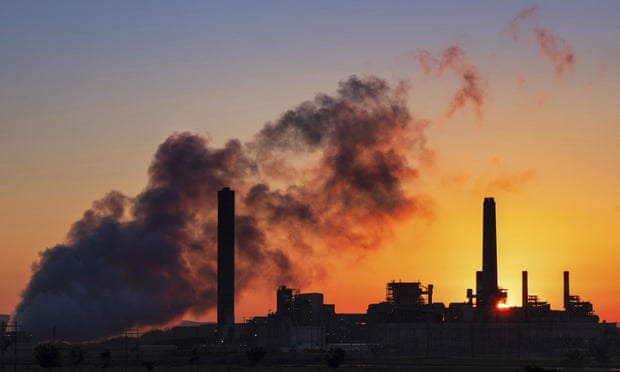 Carbon dioxide emissions are forecast to jump this year by the second biggest annual rise in history, as global economies pour stimulus cash into fossil fuels in the recovery from the Covid-19 recession.

The leap will be second only to the massive rebound 10 years ago after the financial crisis, and will put climate hopes out of reach unless governments act quickly, the International Energy Agency has warned.

Surging use of coal, the dirtiest fossil fuel, for electricity is largely driving the emissions rise, especially across Asia but also in the US. Coal’s rebound causes particular concern because it comes despite plunging prices for renewable energy, which is now cheaper than coal.

Speaking exclusively to the Guardian, Fatih Birol, the executive director of the IEA, and one of the world’s leading authorities on energy and climate, said: “This is shocking and very disturbing. On the one hand, governments today are saying climate change is their priority. But on the other hand, we are seeing the second biggest emissions rise in history. It is really disappointing.”

The increase in emissions this year is set to be the second biggest in history, second only to the rebound from the financial crisis

Emissions need to be cut by 45% this decade, if the world is to limit global heating to 1.5C (2.7F), scientists have warned. That means the 2020s must be the decade when the world changes course, before the level of carbon in the atmosphere rises too high to avoid dangerous levels of heating. But the scale of the current emissions rebound from the Covid-19 crisis means “our starting point is definitely not a good one”, said Birol.

Birol compared the current surge of emissions to the financial crisis, when emissions rose by more than 6% in 2010 after countries tried to stimulate their economies through cheap fossil fuel energy. “It seems we are back on course to repeat the same mistakes,” he warned. “I am more disappointed this time than in 2010.”

Emissions plunged by a record 7% globally last year, owing to the lockdowns that followed the Covid-19 outbreak. But by the end of the year, they were already rebounding, and on track to exceed 2019 levels in some areas.