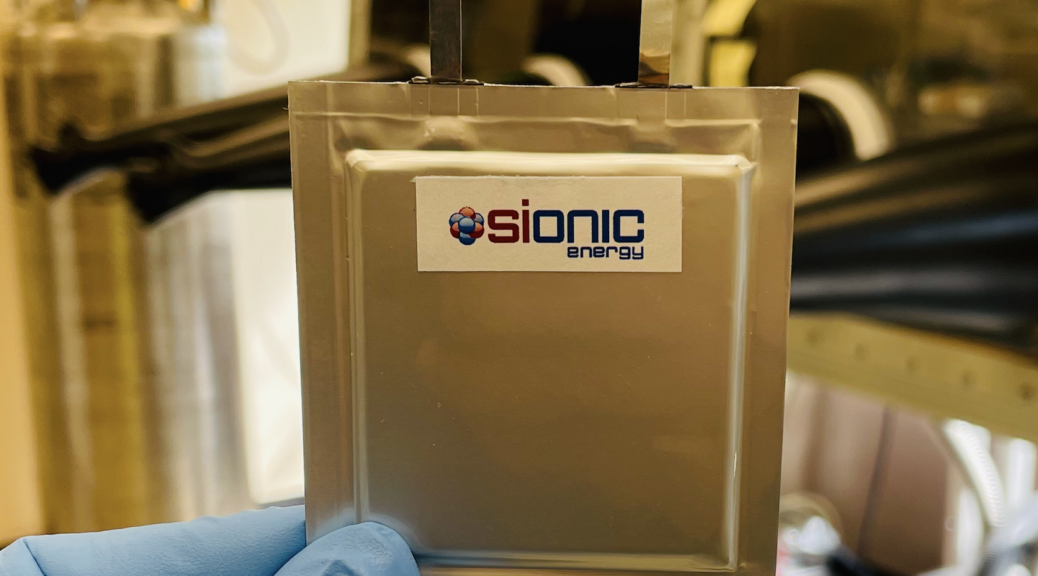 Sionic says its silicon anode and customized electrolytes can slip into existing manufacturing lines with ease.

A decade-old materials company relaunched Tuesday in an effort to beat other advanced battery startups to market.

The silicon anode, based on research conducted at the University of Colorado, works in concert with proprietary electrolytes developed by NOHMs Technologies over the past decade.

“Some of the other advanced technology will take quite a number of years before it can become mainstream,” Williams said. “We have designed this to fit…into existing processes, supply chains and equipment.”

The next-generation battery sector is especially frothy these days. Competitors working on solid-state batteries or silicon anodes promise radical upgrades for electric car batteries and clean energy storage on the grid, two markets that are set for propulsive growth in the coming years. And the Biden administration’s proposal to spend billions of dollars on vehicle electrification and clean energy only adds to the stakes.

Claims of mind-blowing battery improvements are abundant — but they need to be backed up by third-party validation. Sionic is currently running its own tests in-house as a precursor to getting battery manufacturers interested in testing the technology themselves.

Sionic’s go-to-market strategy is to first supply batteries for drones and consumer electronics in 2023 or 2024. Those products need batteries that last for 200 to 400 cycles, Williams said, which is faster to prove than car batteries, which need vetting for 1,000 cycles. If Sionic wins over car battery manufacturers, the technology could start propelling vehicles by the middle of the decade.