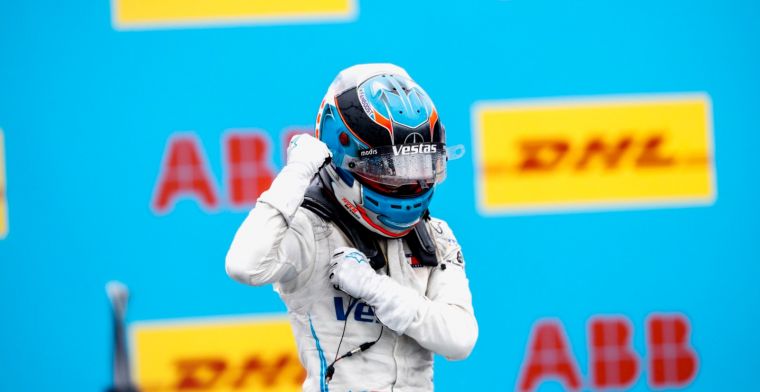 BMW i Andretti Motorsport’s Jake Dennis produced the perfect balance of pace and energy management to take a lights-to-flag race win in the DHL Valencia E-Prix Round 6 at Valencia’s Circuit Ricardo Tormo – his first in Formula E.

The 25-year-old led lights-to-flag – a tough task given the Circuit Ricardo Tormo’s high-speed nature and its energy management demands.

With the focus on managing usable energy, the majority of the 24 drivers looked to play the long game and make their progress during ATTACK MODE and towards the end of the encounter where those who’d looked after their usable energy most effectively tried to make it count.

Dennis held fast and even managed a 1.5-second gap to Lotterer to the chequered flag, while the Porsche driver broke his duck to notch his first podium, and maiden points, of Season 7.

Lynn had looked to sit right underneath the rear diffuser of Dennis’ iFE.21 through the encounter and ran second for the majority, until a nudge from Norman Nato (ROKiT Venturi Racing) sent the Mahindra driver into the gravel and sliding down the order. Lynn’s strong energy management meant a late recovery charge and a well-earned debut podium appearance.

Oliver Rowland (Nissan e.dams) made up a handful of spots with a collected drive to fourth, and while Nato was fifth on track, he incurred a five-second penalty for that move on Lynn, meaning Rene Rast (Audi Sport ABT Schaeffler) wound up with a nine-place gain – storming through the top half of the pack from 14th on the grid.

None of the Drivers’ standings top five scored points, with the majority starting well down the order as a drying track benefitted the later runners in qualifying. Even so, Nyck de Vries (Mercedes-EQ) heads teammate Stoffel Vandoorne and Sam Bird (Jaguar Racing) and Mercedes hold onto their advantage in the Teams’ running.