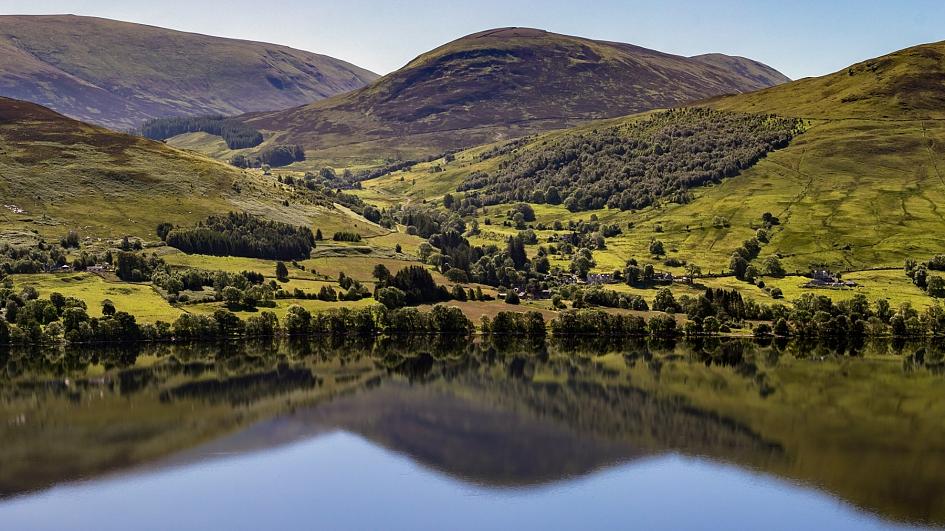 Over the last 50 years, two-thirds of the world’s wildlife has been lost. Around 40 per cent of plant species are threatened with extinction and scientists say we may be losing them faster than they can find, name and study them.

Our world exists in a balance and, with so many species lost or disappearing, that balance is under threat. Restoring this natural mosaic of interrelated species is vital to the future health of the planet and our own, say experts.

But a growing number of people believe that the only way to bring back what we’ve lost is through trusting natural environments to recover themselves- a process called rewilding. For some, it can be a contentious issue with worries about the reintroduction of apex predators like wolves and the Eurasian Lynx.

The progressive conservation movement, however, has found particular resonance with one European nation.

Rewilding is based on the principle that nature knows best when it comes to protecting itself.

But due to the damage we have already done to the natural world, it needs a helping hand to recover to the point where it can do that. Across Europe, we’ve lost massive amounts of native flora and fauna that are essential to keeping our ecosystems balanced.

To rewild our environment, we need to create the correct conditions. This can be done through actions like reintroducing species that have disappeared, allowing forests to regenerate and preventing the fragmentation of rivers.

The theory goes that by giving nature a little push and then stepping back, we can put a stop to the incredible loss of biodiversity and worsening climate crisis.

A classic example of the success of rewilding can be found in Yellowstone National Park in the US. When wolves were hunted to near extinction at the start of the 20th century, their prey multiplied. Elk took over and their exploding numbers overgrazed the land.

It prevented trees like aspen and willow from reaching maturity. That in turn meant songbirds lost their habitat and beavers no longer had materials with which to build their dams. Riverbanks started to erode and water temperatures rose without the natural shade of the trees. The loss of Yellowstone’s wolves had a cascade effect on the park’s entire ecosystem.

Then, in 1995, 14 wolves were captured in Jasper National Park, Canada and transported across the border by wildlife officials. They were acclimated to their new surroundings and then released into the park to replace those lost in the preceding centuries.

Within 20 years, their numbers had boomed and the renewed presence of this apex predator had started to bring balance back to Yellowstone. Now the reintroduction is considered a model for how seemingly small steps like these can help to heal the natural environments we’ve ravaged.

So could steps like these work for another ecosystem suffering from the impact of centuries of humanity’s destructive actions?

Rewilding has become an increasingly popular movement in Scotland over the last few years. Politicians are being called on by the Scottish Rewilding Alliance (SWA) to create policies that would see the country become the world’s first “rewilding nation”.

Ahead of the Scottish parliamentary election next month, the SWA want to see a solid commitment from political parties to tackle the nature and climate crisis as well as bringing employment to rural communities. Rewilding, the alliance believes, should be a part of those commitments.

“The parties and the public face many choices at this election, including major decisions which will shape the future of Scotland’s lands and seas,” says Steve Micklewright, convenor of the SWA.

He explains that they are urging all political parties to commit to five different measures to protect nature and boost the economy:

The Scottish public is behind the idea too. Last year the SWA commissioned a poll across Scotland which found widespread support for the principle of rewilding. More than three-quarters of people who expressed an opinion backed the concept, ten times as many as those who objected to it.

“We know the public wants to see politicians make real progress on rewilding, and we would encourage people to take these issues into account when they’re looking at the parties’ manifestos,” adds Micklewright.

“The opportunities here are substantial, for our climate, biodiversity, and for a wide range of potential social and economic benefits associated with making Scotland the world’s first Rewilding Nation.”