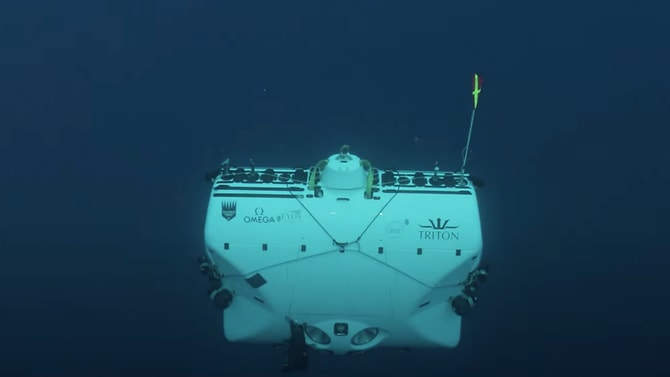 BANGKOK: When Dr Deo Florence Onda found himself more than 10,000m below the surface, in the third deepest trench on the planet, he was on the lookout for mysteries hidden in the darkness.

The Emden Deep, part of the Philippine Trench, is one of Earth’s final frontiers, an unexplored section of one of the oldest seabeds in the world. Until just a couple of months ago, no human had ever been there.

The 33-year-old microbial oceanologist from the University of the Philippines Marine Science Institute considers himself “very adventurous” – despite being from the tropics, he completed his doctoral studies on the North Pole. But this was something entirely different.

Deep-sea adventures are rare and complex, making them akin to venturing into outer space.

“The feeling itself, no one can prepare for it. You don’t know what to expect. It was really the mental preparation, being in a small submersible without freaking out while you’re diving and saying goodbye to the world,” he recounted.

Over a 12-hour period in March, Onda and American explorer Victor Vescovo from Caladan Oceanic, a private organisation dedicated to advancing undersea technology, descended and explored the trench, hoping for just a glimpse of life below.

“If you look at the Philippine Trench, the first description was in the 1950s and then the more detailed one was in the 1970s. The technology then was not that good yet, or accurate. It was an opportunity for us to see what’s happening down there, which has never been seen before,” Onda said.

“When we were about to reach the bottom I was expecting to see scary, crawling things sneaking in or peeking into the windows.”

Instead, what greeted them in the depths was something far more familiar – something that had also travelled from above the surface.

“There was one funny scene when we were exploring the area. There was one white material floating around. I was saying ‘Victor, that’s a jellyfish’. We went there and approached and it was just plastic.

“The only unusual thing there was the garbage. There was a lot of garbage in the trench. There were a lot of plastics, a pair of pants, a shirt, a teddy bear, packaging and a lot of plastic bags. Even me, I did not expect that, and I do research on plastics,” he said.

Full story by Jack Board at Channel News Asia