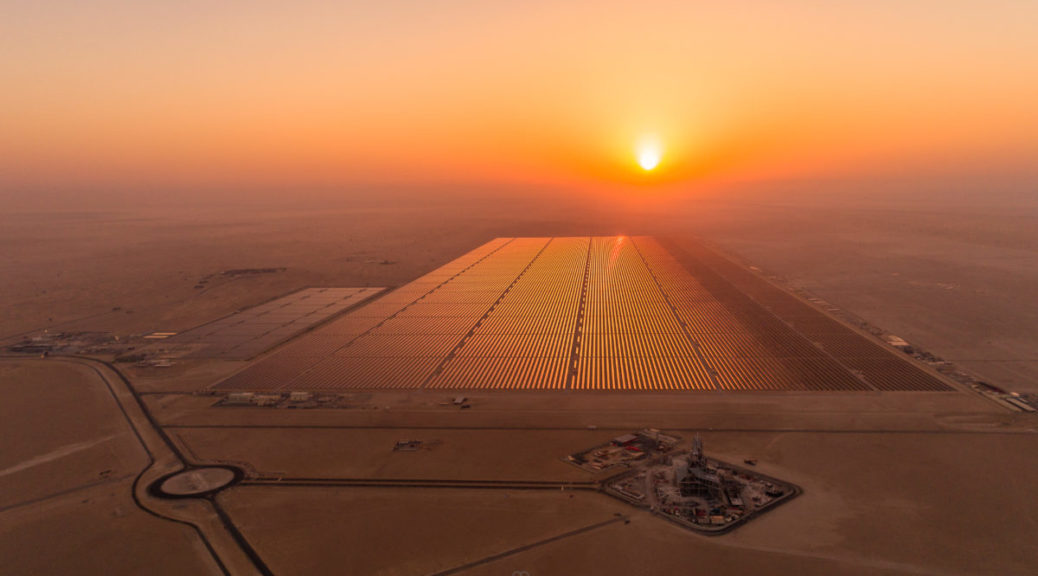 If the three record-busting low solar price tariffs recorded in the Middle East in the past 18 months are to be believed, renewables-powered hydrogen in prime sites in the region could already compete with gas-plus-CCS production, according to IRENA. Has the Gulf discovered the new petrol?

A report by the International Renewable Energy Agency (IRENA) has suggested affordable green hydrogen could already be obtainable, based on the record-breaking low prices for solar negotiated in the Middle East.

Solar electricity tariffs of $0.0157, $0.0135 and $0.0104 per kilowatt-hour agreed in Qatar, the United Arab Emirates and Saudi Arabia, respectively, in the last 18 months, would enable renewables-powered hydrogen to be produced for as little as $1.62 per kilogram, according to IRENA’s Renewable Power Generation Costs in 2020 report.

The Abu Dhabi-based international body made its calculations – all of which are in U.S. dollars – based on the $0.0104 solar power tariff agreed in Saudi Arabia in April, with green hydrogen generation being modeled at the Dumat al Jandal site in the kingdom which boasts strong solar and wind power resources. With the site already hosting a wind farm, IRENA modeled a hydrogen plant which would also harness solar and be connected to the grid. The report suggested lack of a grid connection would raise the renewable hydrogen cost to $1.74/kg, which still compares favorably to the current $1.45-2.40/kg price of hydrogen production powered by natural gas and equipped with carbon capture and storage (CCS) tech.

Further extrapolating the costs, the study estimated a fall in hydrogen electrolyzer costs, from $750 per kilowatt of capacity to $350, would enable renewable hydrogen production for $1.16/kg. Raising electrolyzer efficiency to 72.5% and extending stack lifetime from 15 to 17.5 on top of that, IRENA said, could take green hydrogen below the prized $1/kg point.

With this year’s renewables price report explaining how the three tariffs secured in the Middle East since January 2020 can be regarded as viable without any hidden caveats or subsidy, the authors of the study stated: “low-cost renewable hydrogen may already be in reach.”

The document fleshed out how up to 800 GW of coal-fired power generation capacity worldwide could already be replaced by newly-built renewable energy facilities as solar and wind prices have dipped under the cost of running legacy fossil fuel plants in many markets. That estimate included a $5/MWh cost of integrating renewables into the electric grid and IRENA said, with around 40% of that overpriced capacity – and 37% of actual generation – based in Bulgaria, Germany, India and the United States, decommissioning could save around $32 billion per year in energy costs. Making the switch would also eliminate three gigatons of carbon emissions – 20% of what IRENA estimates is needed to keep global heating to a maximum 1.5 degrees Celsius this century.