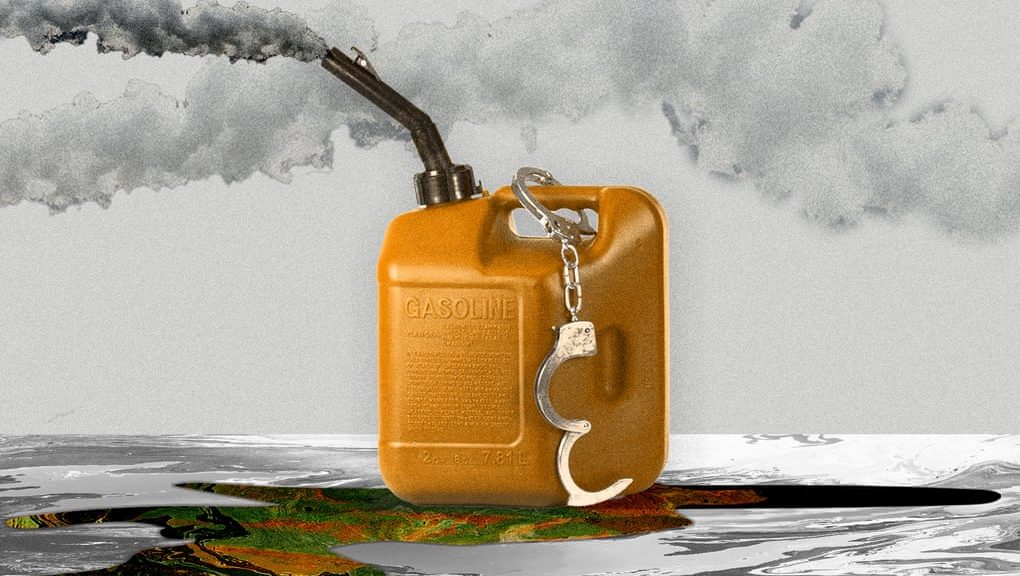 Via an unprecedented wave of lawsuits, America’s petroleum giants face a reckoning for the devastation caused by fossil fuels

After a century of wielding extraordinary economic and political power, America’s petroleum giants face a reckoning for driving the greatest existential threat of our lifetimes.

An unprecedented wave of lawsuits, filed by cities and states across the US, aim to hold the oil and gas industry to account for the environmental devastation caused by fossil fuels – and covering up what they knew along the way.

But, even more strikingly, the nearly two dozen lawsuits are underpinned by accusations that the industry severely aggravated the environmental crisis with a decades-long campaign of lies and deceit to suppress warnings from their own scientists about the impact of fossil fuels on the climate and dupe the American public.

The environmentalist Bill McKibben once characterized the fossil fuel industry’s behavior as “the most consequential cover-up in US history”. And now for the first time in decades, the lawsuits chart a path toward public accountability that climate activists say has the potential to rival big tobacco’s downfall after it concealed the real dangers of smoking.

“We are at an inflection point,” said Daniel Farber, a law professor at the University of California, Berkeley and director of the Center for Law, Energy, and the Environment.

“Things have to get worse for the oil companies,” he added. “Even if they’ve got a pretty good chance of winning the litigation in places, the discovery of pretty clearcut wrong doing – that they knew their product was bad and they were lying to the public – really weakens the industry’s ability to resist legislation and settlements.”

For decades, the country’s leading oil and gas companies have understood the science of climate change and the dangers posed by fossil fuels. Year after year, top executives heard it from their own scientists whose warnings were explicit and often dire.

In 1979, an Exxon study said that burning fossil fuels “will cause dramatic environmental effects” in the coming decades.

“The potential problem is great and urgent,” it concluded.

But instead of heeding the evidence of the research they were funding, major oil firms worked together to bury the findings and manufacture a counter narrative to undermine the growing scientific consensus around climate science. The fossil fuel industry’s campaign to create uncertainty paid off for decades by muddying public understanding of the growing dangers from global heating and stalling political action.

The urgency of the crisis is not in doubt. A draft United Nations report, leaked last week, warns that the consequences of the climate crisis, including rising seas, intense heat and ecosystem collapse, will fundamentally reshape life on Earth in the coming decades even if fossil fuel emissions are curbed.

To investigate the lengths of the oil and gas industry’s deceptions – and the disastrous consequences for communities across the country – the Guardian is launching a year-long series tracking the unprecedented efforts to hold the fossil fuel industry to account.

The legal process is expected to take years. Cities in California filed the first lawsuits back in 2017, and they have been tied down by disputes over jurisdiction, with the oil companies fighting with limited success to get them moved from state to federal courts where they think the law is more favorable.

But climate activists see opportunities long before verdicts are rendered in the US. The legal process is expected to add to already damning revelations of the energy giants’ closely held secrets. If history is a guide, those developments could in turn alter public opinion in favor of regulations that the oil and gas companies spent years fighting off.

Full story by Chris McGreal at The Guardian