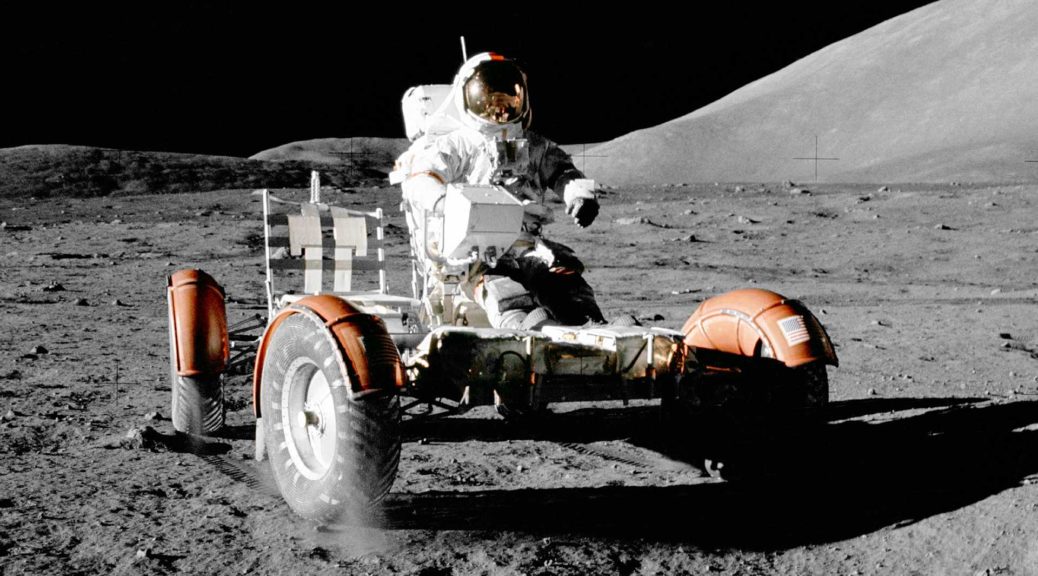 Solar energy may fuel our space explorations, but only if the equipment doesn’t shatter, freeze or explode.

Scientists have long tested solar energy in space, but it may soon arrive on the moon — in the form of rovers equipped with solar panels. On unmanned moon missions, these petite robotic vehicles will test the limits of how humans power their explorations, navigate the moon’s surface, and create potential human habitats far from home.

The team behind them include Mike Provenzano, director of planetary mobility for Pittsburgh-based Astrobotic. Under a NASA contract, the robotics company has scheduled unmanned missions to the moon with the rover in tow for the next year. The first mission, Peregrine 1, is slated for late 2021.

These journeys will represent a significant space milestone: They will mark the first U.S. visit to the moon in 50 years.

A Light But Mighty Rover

The smallest of Astrobotic’s vehicles, the CubeRover is similar in size to a microwave oven and weighs up to 5 pounds — and will include a solar panel mounted on its top. Their fleet also includes the slightly larger MoonRanger, which weighs about 24 pounds.

Once of the rover’s reaches the moon, the team hopes it will venture from the landing equipment in search of water ice near the moon’s South Pole, says Provenzano. In recent years, scientists have found forms of water across the moon’s surface.

Provenzano explains that CubeRover is modeled after the scalable CubeSAT miniature satellite that was developed in 1999 (and inspired by beanie babies packaging).

The CubeSAT has since served as a standardized building block for larger satellites made of multiple cubic modules. Due to its size and shape, the CubeRover can carry payloads that are the same size as CubeSATs, heexplains, so space partners can plan larger cargos based on the familiar CubeSAT unit. The CubeRover’s designers thus hope to set a standard for the “lunar economy” and interplanetary cargo delivery. (Watch a video of NASA testing CubeRover mobility.)

More ambitiously, Astrobotic wants the CubeRover to “democratize access to the moon, making it easier for commercial and academic groups to engage in these science missions” and design their own experiments for the moon’s surface, says Provenzano. Partners aboard Peregrine 1 will hail from six countries and include DHL and Mexico’s space agency, Agencia Espacial Mexicana.

For the polar missions, Taylor has considered placing large solar arrays fairly high up on masts to source solar energy. That would entail vertically aligned solar panels, unlike those common on Earth.

Full story by David A. Taylor at Discover Magazine