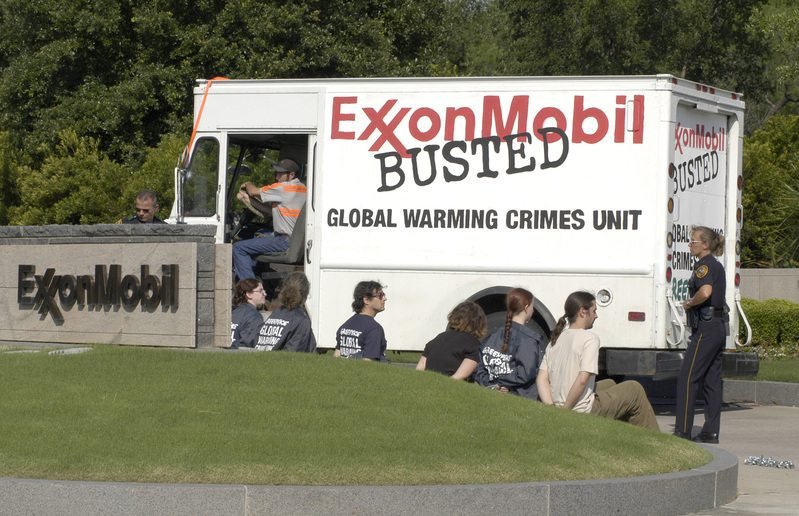 Exxon Mobil is on the defensive after a lobbyist’s description of the energy giant’s activities, captured on covertly recorded video, created a public uproar and drew condemnation from lawmakers.

Video clips released by Greenpeace U.K. last week show a gaping chasm between the oil giant’s stated support for reducing the use of fossil fuels and its lobbyist’s private statements about the company’s efforts to water down climate-change legislation.

The clips, which prompted a rare apology from the company’s CEO, offer a preview of the rocky road ahead for Exxon. The company, once the world’s most valuable enterprise in the world, has lost billions on its oil and gas investments, and faces scrutiny from lawmakers and pressure from climate hawks on its board.

Reporters for Unearthed, the journalism arm of Greenpeace U.K., posed as headhunters for an energy client in order to interview two Exxon lobbyists about their work.

In the videos, one lobbyist described the company’s public push for a carbon tax as simply a “talking point.” The lobbyist also took credit for sowing doubt on the science behind climate change and for watering down legislation that would reduce greenhouse gas emissions while raising corporate taxes.

Another Exxon lobbyist, who has since left the company, crowed about the company’s legislative “wins” during the Trump administration and said it saved “billions” after corporate tax rates were cut in 2018.

“Nobody is going to propose a tax on all Americans, and the cynical side of me says, yeah we kind of know that. But it gives us a talking point that we can say, well, what is ExxonMobil for? Well, we’re for a carbon tax,” Keith McCoy, a senior director for federal relations at Exxon, said in one video clip.