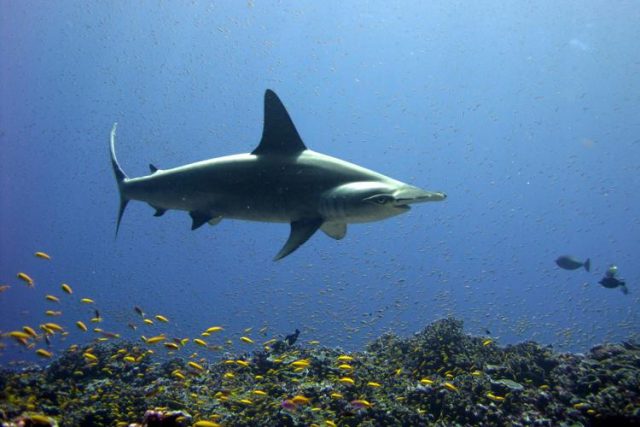 The measures cover a range of issues focused on ocean conservation, resource management, regulation and enforcement.

Beginning Jan. 1 there will be steep penalties for intentionally or knowingly capturing, entangling or killing a shark in state marine waters.

House Bill 553, which failed to pass in previous legislative sessions, was signed into law Tuesday by Gov. David Ige.

Opponents sought exemptions for research, subsistence fishing and incidental takes. While some exemptions will be allowed — e.g., killing in self defense, incidental captures or in accordance with protected cultural practices — the state Department of Land and Natural Resources is now tasked with establishing rules based on the bill.

The penalty for a first offense will be $500 and as much as $10,000 for a third or subsequent offense. Administrative fees, costs and attorney fees might also be levied.

Penalties could also involve seizure and forfeiture of any captured sharks or shark parts and commercial marine licenses, vessels and fishing equipment.

State Rep. Nicole Lowen, HB 553’s primary author, said the legislation was “many, many years in the making.” She credited its passage to Inga Gibson, policy director for Pono Advocacy, and Michael Nakachi and his son, Kaikea, a father-and-son duo who advocate for more culturally sensitive methods of academic shark research.

The bill-signing ceremony at the Governor’s Ceremonial Room at the state Capitol as well as via Zoom was timed to mark World Oceans Day, which was established by the United Nations in 2008 to inform the public of the impact of humans on the oceans and to mobilize sustainable management of them.

“They are the lungs of our Planet and a major source of food and medicine and a critical part of the biosphere,” the UN says of the oceans, which covers more than 70% of the Earth.

In addition to the shark-protection bill, Ige signed eight other related measures. They cover a range of issues focused on ocean conservation, resource management, regulation and enforcement.