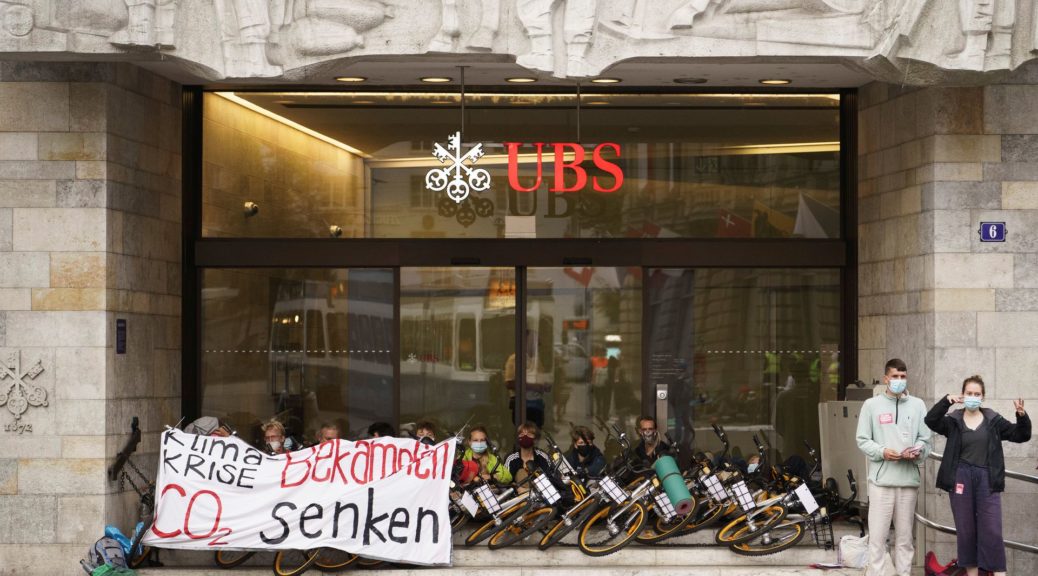 Police began clearing climate activists from the heart of Zurich’s financial district on Monday after they blocked bank entrances to protest against lenders’ financing of fossil fuel projects that damage the environment.

Zurich police led away singing and chanting activists who had taken up positions at the entrances to Credit Suisse and UBS in the Paradeplatz square in the Swiss financial hub after they refused to disperse.

“Credit Suisse and UBS have so far done anything but respond adequately to the climate crisis. That is why the climate justice movement is occupying the Credit Suisse headquarters and the nearby UBS office today to draw attention to the consequences of the Swiss financial institutions’ inaction,” Frida Kohlmann, spokesperson for the Rise Up for Change group, said in a statement.

Activists had staged a hoax outside Credit Suisse’s headquarters last week, posing as representatives of the Swiss bank and announcing an end to its fossil fuel financing. read more

The protest comes amid a wave of civil disobedience by activists in Switzerland, where the climate is warming at about twice the pace of the global average and changing its famed mountain landscapes.