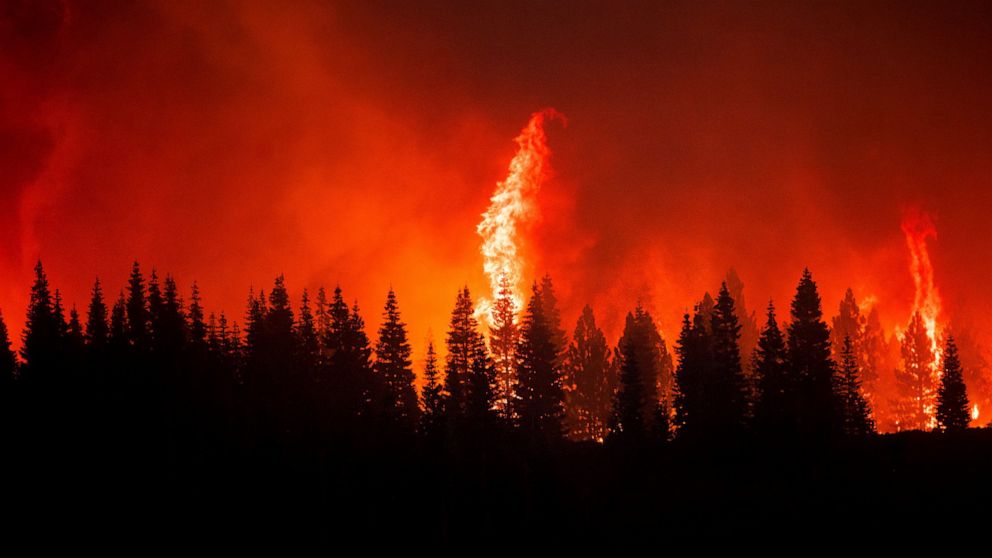 Thousands of people fled a record-breaking wildfire on Hawaii’s Big Island over the weekend, in the wake of mandatory evacuations provoked by out-of-control flames that have scorched over 62 square miles (40,000 acres) and destroyed at least two homes in South Kohala.

Firefighters have worked to contain the disaster, which is the largest brush fire in the island’s history, enabling the evacuation orders to be temporarily lifted. However, authorities warned in a Sunday press conference that the risk level remained high, as windy weather and dry conditions are likely to keep the flames burning this week.

“It’s the biggest (fire) we’ve ever had on this island,” Big Island Mayor Mitch Roth said of the more than 62-square-mile (160-square-kilometer) blaze. “With the drought conditions that we’ve had, it is of concern. You see something like this where you’re putting thousands of homes in danger, it’s very concerning.”

Fires in Hawaii are unlike many of those burning in the U.S. West. They tend to break out in large grasslands on the dry sides of the islands and are generally much smaller than mainland fires.

Even though Hawaii has a wet, tropical climate that isn’t typically at risk from large fires, blazes could become more frequent as climate change-related weather patterns intensify.

The islands have seen a downward trend in overall rainfall in recent years. Drought conditions have reached the most severe level in some parts of Hawaii in recent years, according to the U.S. Drought Monitor. Drought that is tied to climate change has made wildfires harder to fight.

Like so many other devastating wildfires around the world, the Hawaiian blaze was preceded by below-average precipitation and higher temperatures in the area, which has led to water restrictions and parched landscapes that provide tinder for wildfires.

“It’s the biggest [fire] we’ve ever had on this island,” said Mitch Roth, mayor of Hawaii County, according to the AP. “With the drought conditions that we’ve had, it is of concern. You see something like this where you’re putting thousands of homes in danger, it’s very concerning.”

The fire started on Friday near Parker Ranch in the South Kohala region of the Big Island, and soon swept across Highway 190 and into surrounding communities. Joshua Kihe was one of the homeowners who ultimately lost his home to the encroaching flames.

“I definitely need to think of a plan because it’s a life changer,” Kihe told Hawaii News Now.

“I just seen the flames coming,” Waimea resident Kanani Malakaua said. “I mainly got my important papers, made sure my kids were in the car, got my animals — but this is a very, very scary time for us.”

Some nearby roads were closed, making certain neighborhoods inaccessible, but there was no imminent threat to those houses.

According to the National Weather Service, strong winds and generally dry conditions will continue throughout the islands on Tuesday, and ease only slightly on Wednesday.