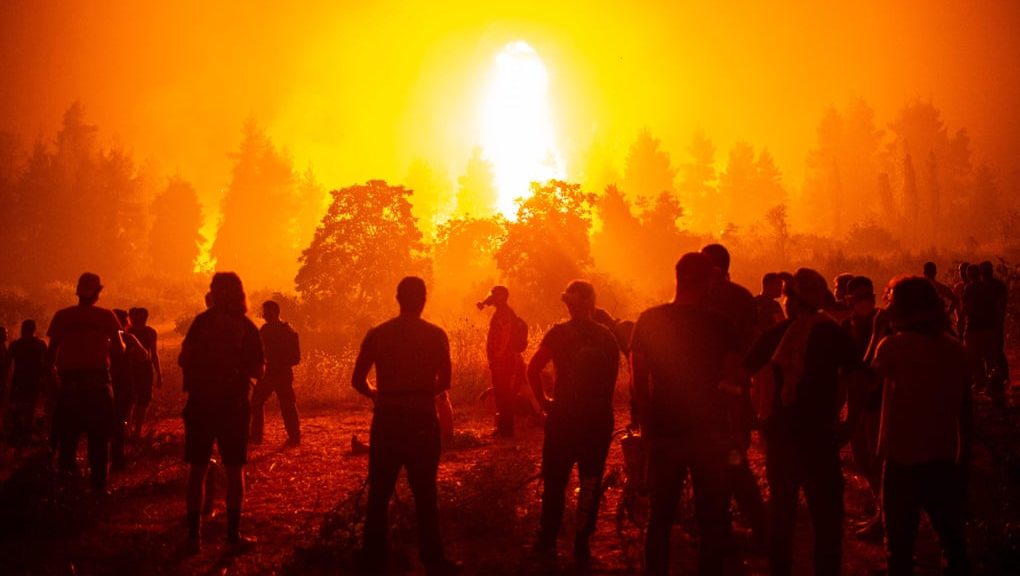 The IPCC is unequivocal: we must take urgent action to curb global heating and prevent catastrophe. Will our policymakers and the Cop26 conference be up to the task?

At the end of the 60s sci-fi classic, The Day the Earth Caught Fire, the camera pans across the Daily Express case room to a front page proof hanging on a wall. “Earth Saved”, screams the headline. The camera pans. “Earth Doomed”, announces the proof beside it.

The head printer looks baffled. Which page will he be told to select? We never find out, for the film concludes without revealing the fate of our planet whose rotation has been sent spiralling out of control by simultaneous Soviet and US atom bomb tests. All we know is that Earth’s fate hangs in the balance thanks to human stupidity.

Such a vision may be the stuff of popular entertainment but it comes uncomfortably close to our own uncertain future, as highlighted last week by an Intergovernmental Panel on Climate Change (IPCC) report, which effectively announced “a code red” warning for our species. Unequivocal evidence showed greenhouse gas emissions were propelling us towards a calamitous fiery future triggered by extreme climate change, it announced. Only urgent reductions of fossil fuel emissions can hope to save us.

It was a vision vividly endorsed by scientists, normally the most circumspect of commentators about world events. “Our future climate could well become some kind of hell on Earth,” said Prof Tim Palmer, of Oxford University. Or, as Prof Dave Reay, executive director of Edinburgh University’s Climate Change Institute, put it: “This is not just another scientific report. This is hell and high water writ large.”

Certainly the numbers outlined in the report were stark and strikingly emphatic in comparison with past, far more cautious, IPCC offerings. As it makes clear, humans have pumped around 2,400bn tonnes of carbon dioxide into the atmosphere since 1850, creating concentrations of the gas that have not been seen on Earth in the last 2 million years.

Heatwaves and the heavy rains that cause flooding have become more intense and more frequent since the 1950s in most parts of the world, and climate change is now affecting all inhabited regions of the planet. Drought is increasing in many places and it is more than 66% likely that numbers of major hurricanes and typhoons have risen since the 1970s. “If there was still a need for a proof that climate changes is caused by human activities, then this is the report that provides it,” said Prof Corinne Le Quéré of the University of East Anglia.

And the consequences of humanity’s massive act of atmospheric interference are now clear: what is hot today will become hotter tomorrow; extreme floods will become more frequent, wildfires more dangerous and deadly droughts more widespread. In short, things can only get worse.

Indeed, by the end of the century they could become threatening to civilisation if emissions are allowed to continue at their present rate. “That might seem like a long way away but there are millions of children already born who should be alive well into the 22nd century,” added Prof Jonathan Bamber of Bristol University, another report author.

Robin McKie at The Guardian