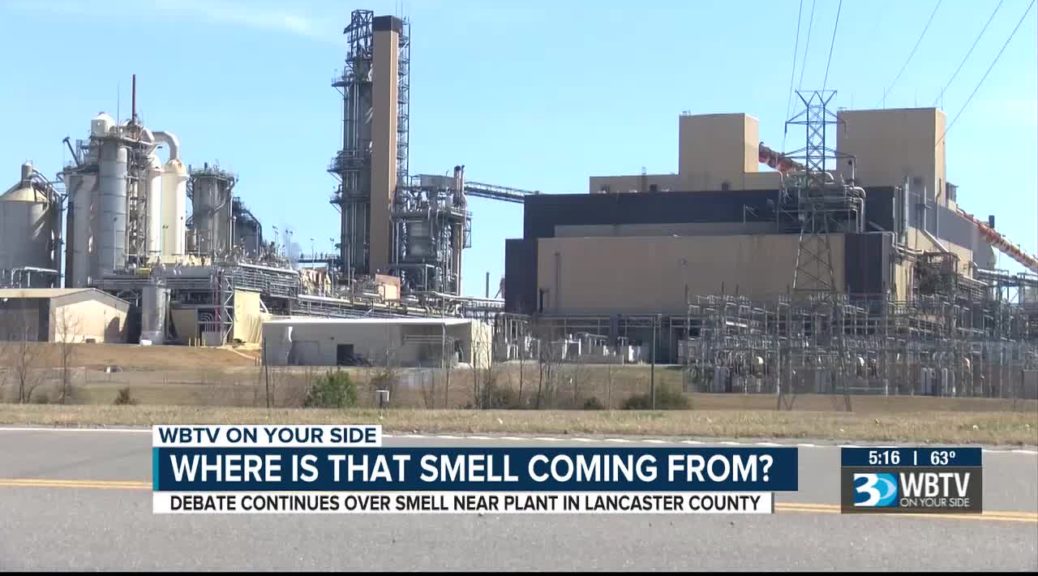 A South Carolina paper mill, whose foul smell has triggered more than 30,000 complaints, has become one of the dirtiest polluters in the United States since being acquired by an investment group led by Robert Kraft, the billionaire owner of the New England Patriots football team.

The complaints over large releases of hydrogen sulfide, a gas that smells like rotten eggs and causes headaches and even death in concentrated doses, from the New-Indy paper mill in Catawba, South Carolina, have resulted in federal and state orders to reduce its emissions. Three federal civil lawsuits have been filed against the company, alleging the odor is harming families.

However, no regulatory action has been taken against the mill for releasing soot, or small particulates, at levels exceeding mills run by larger rivals and by the country’s largest oil refineries.

New-Indy’s most recent stack test in 2020 revealed small particle pollution that maxed out at nearly 300 pounds an hour. That hourly rate is up to 50 times higher than other large U.S. paper mills, according to a Reuters examination of disclosures with the U.S. Environmental Protection Agency.

Particulate matter is among the most harmful pollutants. Made up of particles 50 times smaller than a grain of sand, it can bond with other toxins, infiltrate the bloodstream, and damage the heart, lungs and nervous system.

New-Indy, in a statement, blamed the paper mill’s elevated pollution levels during the 2020 test on problems with the feed of bark fuel into a boiler. The mill’s performance was within federal limits, regulators said.

“New-Indy Catawba is committed to operating its facility in a safe and responsible manner,” according to the statement.

Kraft is best known as the owner of the National Football League’s Patriots, winner of six Super Bowl titles. His fortune, from paper mills, real estate and entertainment, is estimated at $6 billion, according to the Bloomberg Billionaires Index.

‘PRISONERS IN OUR OWN SMELLY HOME’

Meanwhile, late last year, the plant converted to making cardboard instead of bleached paper products. After the conversion, a build up of fiber waste in collection basins likely caused elevated levels of hydrogen sulfide at the plant, according to a New-Indy corrective action plan filed with regulators.

Since March, a hotline set up by the South Carolina Department of Health and Environmental Control (SCDHEC) has fielded more than 30,000 complaints about the smell.

“I haven’t seen anything like this in 20 years,” said Amy Armstrong, executive director of the South Carolina Environmental Law Project (SCELP), of the hydrogen sulfide releases.

In May, the EPA issued an emergency order for the New-Indy plant to reduce hydrogen sulfide emissions and to install air pollution monitors around the plant.

As one resident put it, “We are prisoners in our own smelly home,” according to the narrative in the EPA’s emergency order.

During an April site visit by the EPA, inspectors recorded hydrogen sulfide levels as high as 15,900 parts per billion. Breathing problems, headaches and nausea can occur from prolonged exposures between 2,000 and 5,000 parts per billion, according to the U.S. Occupational Safety and Health Administration.

New-Indy’s largest boiler, which uses wet bark and old tires to provide power for milling operations, produced particulate matter at an average rate of 157 pounds per hour, with peak production at 282 pounds per hour, according to 2020 results filed with the EPA.

During a stack test in 2016, when the plant was run by Resolute Forest Products (RFP.N), particulate matter production at the same boiler averaged 100 pounds per hour, or 36% less than the average rate in 2020, stack test results show.

International Paper’s mill in Ticonderoga, New York, for example, produced only 13 pounds per hour of small particle pollution, according to a stack test this year.