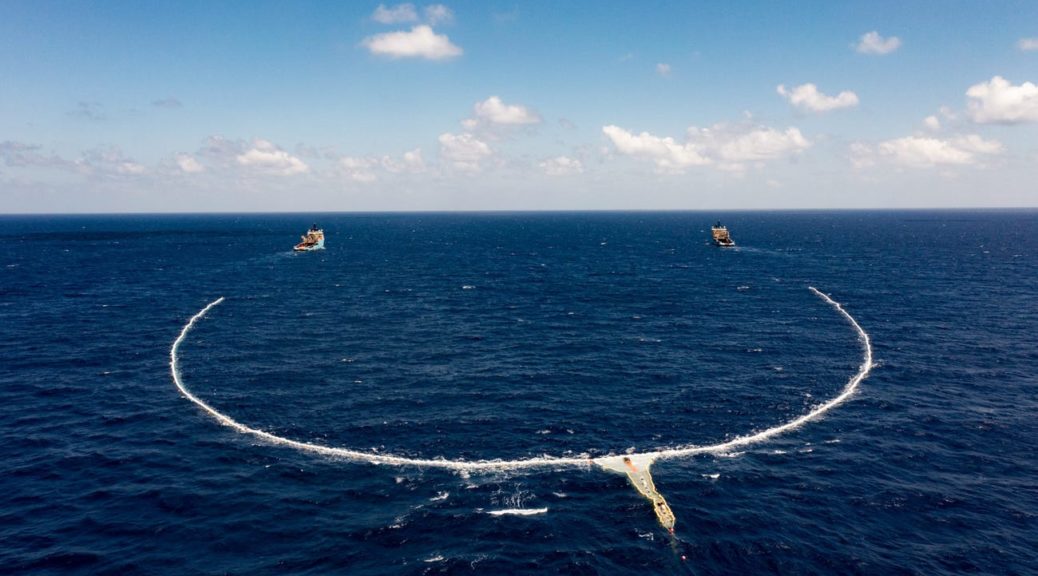 Recent tests on his Ocean Cleanup rig called System 002, invented to tackle the 1.8 trillion pieces of plastic pollution, were a success, leading Slat to predict that most of the oceanic garbage patches could be removed by 2040.

Intersections of ocean currents have created the massive floating islands of plastic trash—five slow-moving whirlpools that pull litter from thousands of miles away into a single radius.

The largest one sits between California and Hawaii, and 27-year-old Slat has been designing and testing his systems out there, launching from San Francisco since 2013.

GNN has reported on his original design for the floating device, but his engineering team improved upon it. System 002, nicknamed “Jenny,” successfully netted 9,000 kilograms, or around 20,000 pounds in its first trial.

It's exactly 10 years ago that I first learned about the Great Pacific Garbage Patch.

Back then, everyone told me there was no hope of ever cleaning it up.

They were right then; no method existed to do it. Proud (and relieved!) to say that now there is. https://t.co/ek1kKnxLcO

It’s carbon-neutral, able to capture microplastics as small as 1 millimeter in diameter, and was designed to pose absolutely no threat to wildlife thanks to its wide capture area, slow motion, alerts, and camera monitors that allow operators to spy any overly-curious marine life.

Jenny consists of two boats dragging a very long net in a U-shape behind them.

They use computational modeling to predict where and at what speed the movements in the water will be shifting the plastic. They then fill up their net, pull it on board, and bring it ashore for recycling.

The team are also turning some of the trash they collect into designer sunglasses—and earnings from the stylish shades will go toward helping support the nonprofit so they can continue cleaning up the ocean. The new glasses are the first product to be created from the recovered ocean debris—but they say it will not be the last.

A timeline of hope

Slat estimates ten Jennies could clean half the garbage patch in five years, and if 10 Jennies were deployed to the five major ocean gyres, then 90% of all floating plastic could be removed by 2040.

This is what 9000kg of ocean plastic looks like inside the retention zone and on deck.

It’s no longer in the ocean, and next week, we’ll bring it to shore so it can’t pose a threat to the environment ever again. pic.twitter.com/Syl5uypND6

There are obvious challenges, like the fact that millions of pieces of plastic flow into the oceans every year, and that investors may believe river cleanup is easier, cheaper, and doesn’t require the use of fossil fuels to power the boats.

And that’s why Slat’s nonprofit has also launched a number of ‘interceptor’ barges to clean up polluting rivers, intercepting plastic before it reaches the ocean.

Nevertheless—this is a huge breakthrough in the cleanup of ocean plastics, and one worth celebrating.