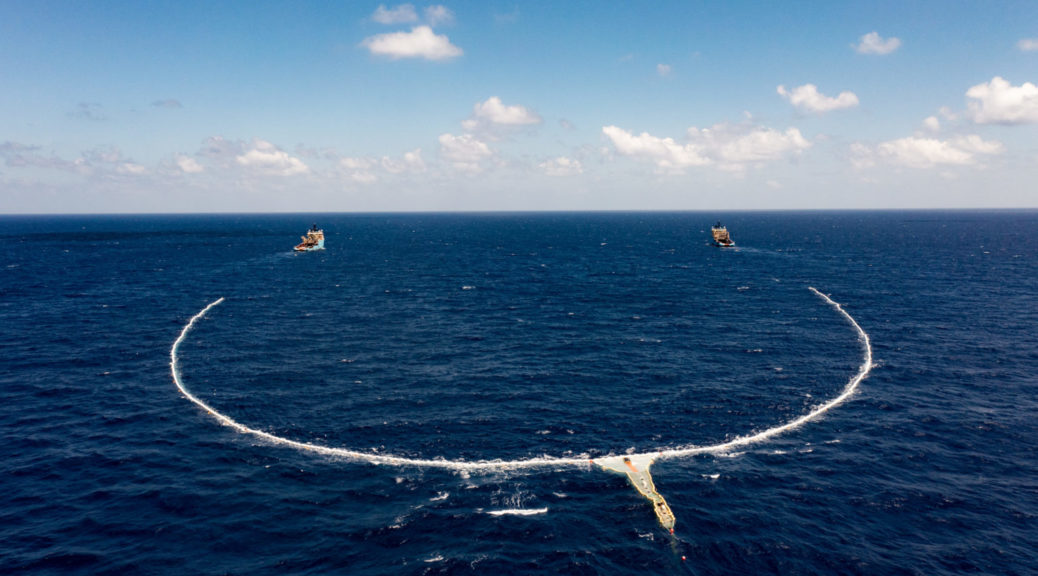 The Ocean Cleanup has deployed its first full-scale system designed to clean-up ocean plastics to the Great Pacific Garbage Patch.

The system, known as System002 or “Jenny”, left Victoria, British Columbia last Month on board a Maersk offshore supply vessel. “Jenny” builds on earlier tests conducted 2018 and 2019 and is the first full-scale system (800 meters in length) to be tested. Compared to the earlier systems, “Jenny” is larger and includes new technology such as active propulsion.

Founded in 2013, The Ocean Cleanup’s mission is to develop and advance technologies to cleanup plastic pollution at sea and also stop the inflow via rivers. Over the last several years, the company has been developing a large-scale system that essentially concentrates floating plastic for removal. The company then uses the plastic to create products that help raise funds for its efforts.

The company continues to aim for the removal of 90% of ocean plastic by 2040.

Our first large-scale system (800m length), Jenny, has been deployed in the Great Pacific Garbage Patch for the first time.

This was the first of more than 70 tests planned for the next 6 weeks. pic.twitter.com/NatOahXNvD

With “Jenny” now in place at the Great Pacific Garbage Patch, The Ocean Cleanup is set to conduct more than 70 tests planned for the next 6 weeks.

The Ocean Cleanup ultimately aims to deploy dozens of the systems to the Great Pacific Garbage Patch over the coming years. If successful, the fleet could be enough to remove half of the nearly 2 trillion pieces of plastic estimated to be floating on or near the surface of the Pacific Ocean in just five years.

Located between California and Hawaii, the Great Pacific Garbage Patch is the largest concentration of ocean plastic in the world.