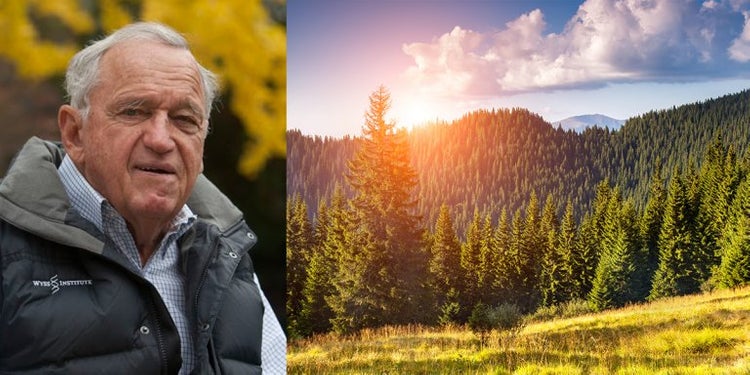 Wyoming billionaire pledges to purchase around 15% of the planet, doubling the amount of protected lands and waters on Earth

Since the creation of the world’s first national park, Yellowstone, in 1872, 15 percent of the earth’s lands and 7 percent of its oceans have been protected in a natural state.

But some scientists have concluded that at least half the planet needs to be protected to save a large majority of plant and animal species from extinction.

A multi-billionaire has pledged $1 billion to get us closer to that goal.

The money will be used to “create and expand protected areas” with the goal of protecting 30 percent of the planet’s surface by 2030.

The 83-year-old Swiss-born steel magnate Hansjörg Wyss — who’s now an avid outdoorsman living in Wyoming — has already donated $450 million to protect 40 million acres of land and water across the globe since the establishment of the Wyss Foundation in 1998.

The new Wyss Campaign for Nature adds $1 billion more toward those efforts.

The first nine conservation projects to receive grants are:

1. Aconquija National Park and the National Reserve Project in Argentina

Funds will be granted to additional projects over the next 10 years.

“I believe this ambitious goal is achievable because I’ve seen what can be accomplished,” Wyss writes in an editorial for the New York Times.

“We need to embrace the radical, time-tested and profoundly democratic idea of public-land protection that was invented in the United States, tested in Yellowstone and Yosemite, and now proven the world over.”

Sara Burrows at Return To Now