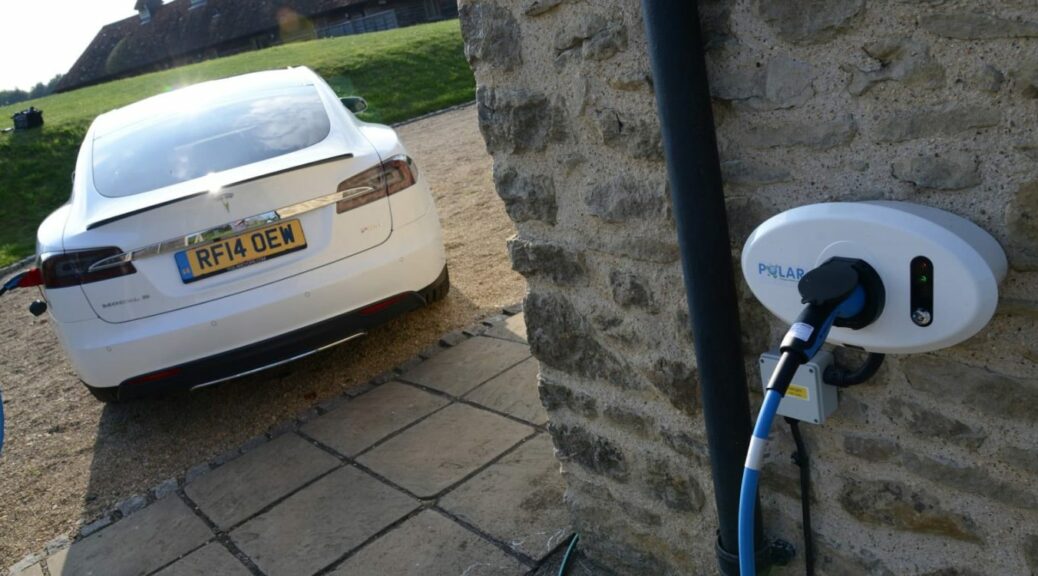 November 22 update: “New homes and buildings such as supermarkets and workplaces, as well as those undergoing major renovation, will be required to install electric vehicle charge points from next year, under new legislation announced by Prime Minister Boris Johnson today,” according to the UK government website.

Home and EV chargers in England

Specifically, all new homes and offices will have to feature “smart” charging devices that can automatically charge vehicles during off-peak periods. New office blocks will need to install a charge point for every five parking spaces.

The new law will make England the first country in the world to require all new homes to have EV chargers.

It will also boost confidence in helping those who transition from gas cars to overcome range anxiety, as so many homes in England don’t have off-street parking or garages.

The proposal is part of the movement to rapidly boost the number of chargers across England ahead of the UK’s 2030 ban of new fossil-fuel vehicles. The government originally announced a proposal to mandate that all new homes have a charge point with a parking space in 2019, as Electrek then reported.

The home and office EV charger mandate is expected to start in 2022.