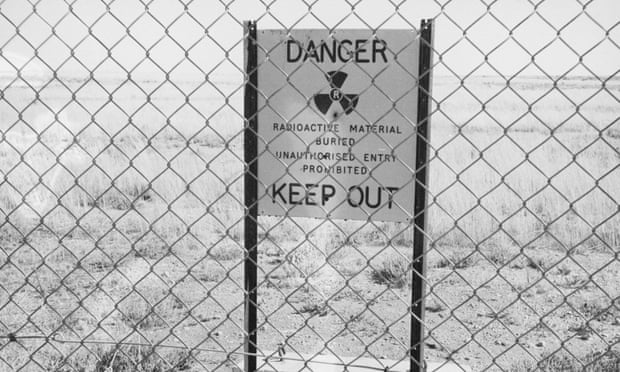 The descendants of people displaced by nuclear testing at Maralinga bought shares in a company planning to build a uranium mine on their country, in order to lodge an in-person objection to the project.

The proposed Mulga Rock uranium mine, about 240km west of Kalgoorlie, is in an area of land subject to a native title claim by the Upurli Upurli Nguratja people.

The mine is run by Perth-based Vimy Resources, which has just three weeks to convince the Western Australian government that it has met the threshold for substantially commencing development on the site before its environmental approval expires.

The approval was granted five years ago, before the McGowan government was elected on a platform of opposing uranium mining in the state. Premier Mark McGowan has said his government will not approve any new uranium mines but will honour existing approvals.

Mulga Rock’s environmental approval is due to expire on 16 December, unless it can prove it has substantially commenced work on the project. One uranium mine approved around the same time has already fallen over, and the deadline for two more mines is looming in January.

The company received mining approval only in September and began ground clearing this month. It has yet to secure the US$255m (A$357m) required to build the project but filed a notice of substantial commencement with the WA government this week.

Debbie Carmody, an Anangu Spinifex woman and registered Upurli Upurli Nguratjia (UUN) claimant, used shares in Vimy Resources – purchased on behalf of the claimants and environment groups – to gain a seat at the company’s annual general meeting on Perth on Friday and raise her people’s objection in person.

The UUN had invited a representative from Vimy to meet with them earlier this month, but the company cancelled.

They are strongly opposed to uranium mining, and wrote to the government this month to formally state their opposition to the proposal and disappointment in the lack of consultation.

Carmody is a descendent of people displaced by the nuclear tests conducted at Maralinga in South Australia in the 1950s.

She said Vimy Resources was trying to use competing native title claims over the area to divide traditional owners and avoid proper consultation.

“The company is really happy to wedge our community between mining dollars and cultural heritage, so they have been very selective with who they consult with,” Carmody said. “They are supposed to consult with the registered group, not individuals. It’s important that everyone understands that consultation is not consent.”

The UUN claim was filed on 2 December 2020, and the Kakarra Part B claim, which overlaps part of the claimed area, was filed two weeks later. An earlier native title claim by the Wongatha people was rejected by the federal court in 2007.

The company has recognised the Nanataddjarra, Nangaanya-Ku and Wongatha people as stakeholders and recorded two meetings in the past five years.

Carmody said: “After a decade of Vimy denying that there are any Aboriginal people with connection or knowledge of that country, it’s pretty hard to take them seriously when they have denied our existence for so long.”

In a response to Guardian Australia, a spokeswoman for Vimy said the company was unable to attend the 4 November meeting with UUP with eight days’ notice, but had scheduled another meeting for Monday.

The company said it had met with the UUN’s lawyers, the Central Desert Native Title Services, and engaged with the group through its own lawyers as a respondent to the native title claim.

That was not consultation, Carmody said.

Vimy also said it was awaiting the outcome of mediation on the issue of the competing native title claim.

“Vimy understands the significance of engaging with Aboriginal people with knowledge of country at the Mulga Rock Project, and has done so since 2009,” the spokeswoman said. “We look forward to continuing to engage with the Upurli Upurli Nguratja claimants to ensure we meet the highest standards of engagement with all stakeholders.”

The proposed development is near the Seven Sisters women’s dreaming. There are also four registered Aboriginal heritage sites on the project, which Vimy says it plans to avoid.

“As caretakers we have a cultural responsibility to protect land that is near the Seven Sisters, a sacred site for women,” Carmody said. “The land is a special place for women – the beautiful, soft desert sands are healing sands.

“Vimy don’t understand that a site is not just the immediate site but the whole area around it. That whole area is important.”

The site is also home to the endangered sandhill dunnart. Developing a sandhill dunnart conservation plan is a condition of the mine’s federal and state environmental approvals, but the company told Guardian Australia the plan was “still in draft format”.

Mia Pepper from the Conservation Council of Western Australia (CCWA) said beginning land clearing without having an approved conservation plan was a breach of the project’s federal approval under the Environment, Protection and Biodiversity Act.

The CCWA wrote to the federal and state environment departments earlier this month alleging the company had breached the conditions of its approval and requesting an urgent investigation.

The letter, seen by Guardian Australia, said the WA Department of Mines had informed the CCWA that Vimy had begun clearing to construct a new airstrip in an area recognised as prime sandhill dunnart habitat.

The federal Department of Agriculture, Water and the Environment said it was aware of the allegation and was “making a number of inquiries”.

“The department routinely monitors compliance and is not in a position to comment further on this matter,” a spokesperson said.

Vimy rejected the allegations and said it had not undertaken any clearing on the airstrip site and had not cleared outside the development envelope.

It said it had “begun vegetation clearing and soil and growth medium stripping at Mulga Rock East mining area and the location of the accommodation village”.

Pepper said the works undertaken so far should not meet the threshold for substantial commencement.

The company is yet to secure export licences, a licence to hold radioactive material and a permit to establish a nuclear facility, which will be required to build a processing plant.

It has also lost three senior executives in the past few months and is currently steered by an interim CEO. The project itself was subject to a hostile merger offer and is now under strategic review.

“The company has not even made a final investment decision about whether to develop the proposal,” Pepper said. “It’s definitely a long way from where we are now to an established mine.”

Calla Wahlquist at The Guardian