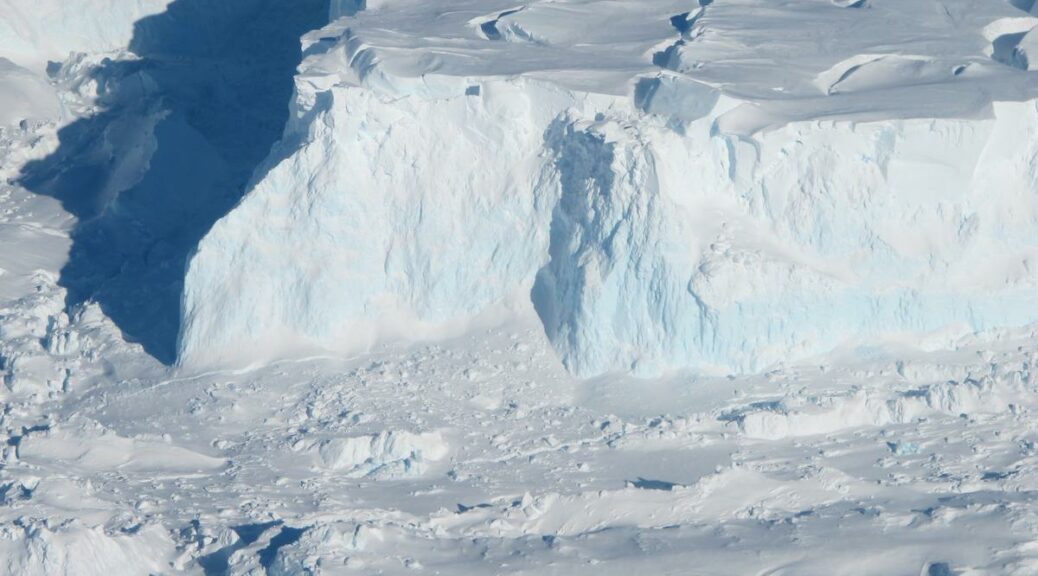 A crucial ice shelf in Antarctica is at risk of collapse within as little as five years, scientists at a meeting of the American Geophysical Union said on Monday.

The Thwaites Eastern Ice Shelf, which holds a third of the crucial Thwaites Glacier in place, has been weakening and has developed cracks, satellite images showed. If the glacier, which is about the size of Florida and the widest on Earth at 80 miles across, were to fall into the ocean, sea levels would rise over two feet. At its current melting rate, the glacier accounts for about four percent of annual global sea level rise.

“The cracks in the Antarctic ice shelf are similar to those in a car windshield, where a slowly growing crack reveals that the windshield is weak and a slight bump to the vehicle could prompt the windshield to immediately break apart into hundreds of pieces of glass, according to Oregon State University glaciologist Erin Pettit,” reported Emma Newburger of CNBC.

“This eastern ice shelf is likely to shatter into hundreds of icebergs,” said Pettit, as reported by The Washington Post. “Suddenly the whole thing would collapse.”

Warming ocean temperatures, due in part to climate change, caused the wearing away of the ice shelf. Its collapse wouldn’t cause global sea levels to rise right away, “But when the shelf fails, the eastern third of Thwaites Glacier will triple in speed, spitting formerly landlocked ice into the sea. Total collapse of Thwaites could result in several feet of sea level rise, scientists say, endangering millions of people in coastal areas,” Sarah Kaplan of The Washington Post reported.

Research by Pettit and Ted Scambos, a University of Colorado Boulder glaciologist and lead principal investigator of the International Thwaites Glacier Collaboration, shows that the ice shelf is losing its connection to the undersea mountain that’s been keeping it in place “against the ice river at its back. Even if the fractures don’t cause the shelf to disintegrate, it is likely to become completely unmoored from the seafloor within the next decade,” reported Kaplan.

If the ice shelf collapses, a process called ice cliff collapse, never before seen in Antarctica, may be instigated, “in which towering walls of ice that directly overlook the ocean start to crumble into the sea,” Kaplan reported.

According to Anna Crawford, a glaciologist at the University of St. Andrews, “if it started instantiating it would become self-sustaining and cause quite a bit of retreat for certain glaciers,” The Washington Post reported.

While Crawford’s models show a domino effect of that kind is possible, “it’s unlikely to happen in the immediate future,” she said.

“But what we’re seeing already is enough to be worried about,” Crawford said. “Thwaites is kind of a monster.”