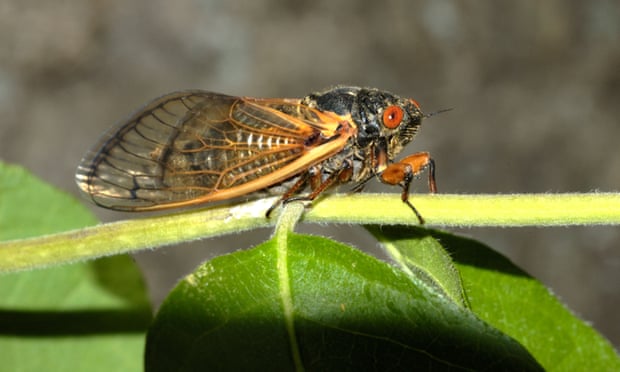 Billions of cicadas that have spent 17 years underground are set to emerge across large areas of the eastern US, bringing swarming numbers and loud mating calls to major towns and cities.

The periodic cicadas – bugs with strikingly red eyes, black bodies and orange wings – burrow underground as nymphs and suck fluids from the roots of plants as they grow, eventually bursting into the open as adults in mass synchronized events.

The last such event for 15 states including New York, Ohio, Illinois and Georgia occurred in 2004. The cicadas emerge in a 17-year cycle, meaning they will appear this year once temperatures are warm enough, expected to be mid-May.

Full story by Oliver Milman at The Guardian