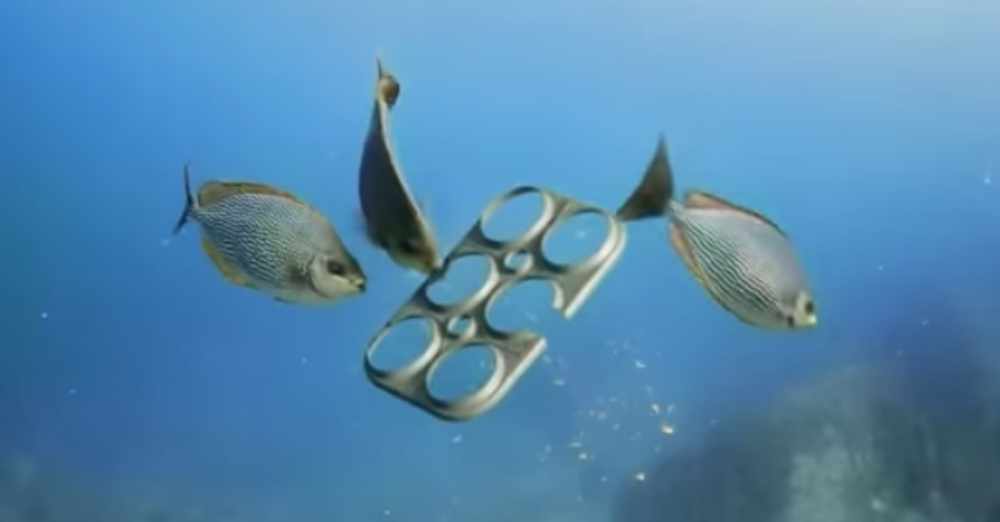 This amazing trend didn’t start with Corona, but the beer-brewing giant may pave the way for other large beverage companies to start using a revolutionary new type of 6-pack ring that could save millions of sea creatures.

A Florida craft microbrewery called Saltwater Brewery first developed the edible and biodegradable 6-pack rings using barley and wheat remnants left over from the brewing process. This cuts down on the cost for the brewery, makes use of a waste product, and also keeps wildlife from getting caught in the discarded rings. Plus, it functions as food for fish, turtles, birds, and other marine life!

In a promo video for Saltwater Brewery, marine biologist Mark Tokulka said that “an estimated one million seabirds and 100,000 marine mammals and sea turtles become entrapped in plastic or ingest it and die.” People think that cutting the rings to keep wildlife from getting trapped in them is enough, but the plastic is inedible and filled with chemicals, causing major harm to sea creatures that don’t know any better than to eat it.

Full story by Elizabeth Morey at The Rainforest Site